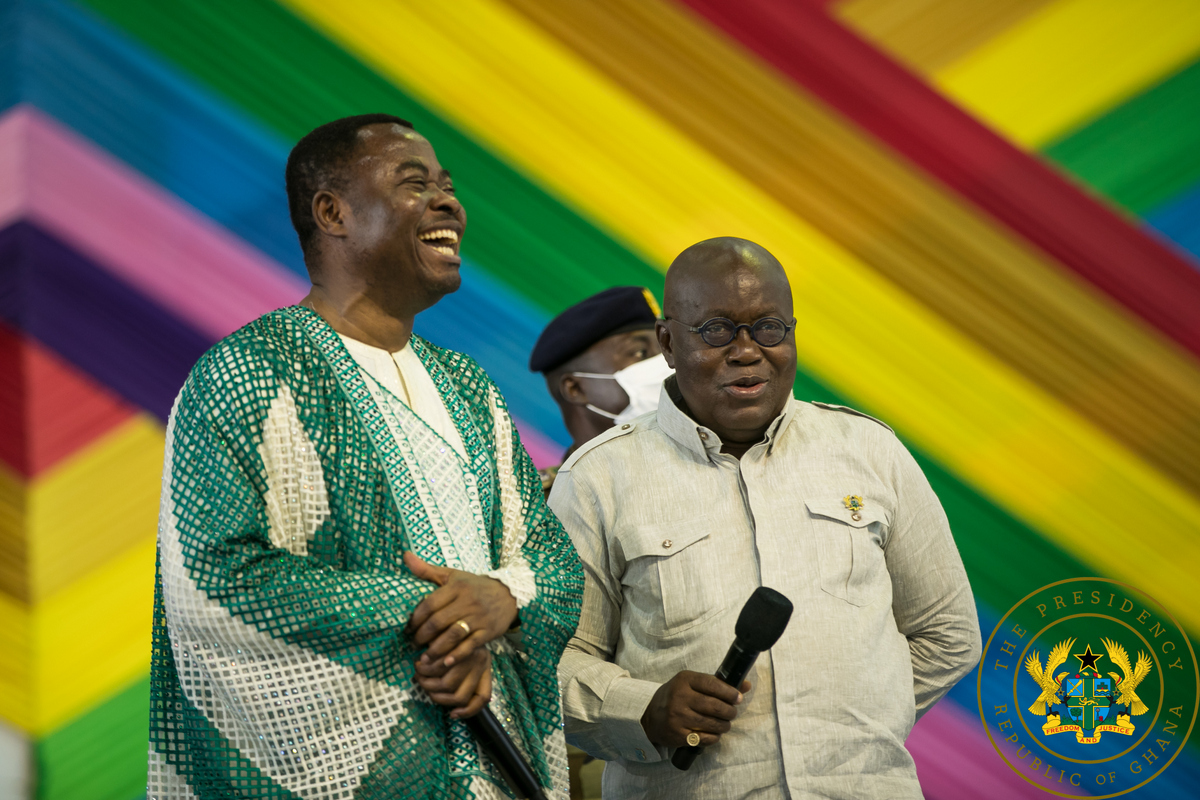 The President of the Republic, Nana Addo Dankwa Akufo-Addo, has appealed to the Ghanaian electorate to repose their confidence in him, once again, and vote massively for him in the December 2020 elections.

Addressing the congregation of the Resurrection Power New Generation Church, at Kasoa, on Sunday, 25th October 2020, at the commencement of his 4-day tour of the Greater Accra Region, President Akufo-Addo stated that “all that I promised to do, in your own presence and in the presence of God, you can all attest to it that I have done a lot of them.”

The President continued, “You have all seen that I am an honest and truthful person. I did not come to deceive anybody in Ghana. I told Ghanaians the truth, today I am telling you the same truth, and it is upon that that I am asking you to help me so that ‘Four More for Nana’ will become a reality.”

Four more years for him, he added, “should also apply to the parliamentary candidates going to Parliament so that they will win.”

Explaining the purpose of his visit, the President noted that he has so far visited all the regions of the country, but Greater Accra, and deemed it important to begin his tour of Greater Accra with a visit to the Church he knows very well.

“Four years ago, I came here to implore Rev. Anthony Kwadwo Boakye to pray to God Almighty, on my behalf, for victory in the 2016 elections. He prayed for me, and God listened to his prayers and I emerged victorious. Afterwards, I came here to show my appreciation to him and the church for the good thing they did for me,” he said, to a rapturous response from the congregation.

The President told the gathering at the Church that “I am here today, once again, that 7th December will soon be here. The country is going to elect someone to lead the nation in the next four years. I am pleading with God to, like He helped me in 2016, to help me again in this 2020 election”.

President Akufo-Addo reiterated to the gathering that “what we have achieved, in the areas of education, health, employment, agriculture and all the others represent a solid foundation we have laid in Ghana for growth and development in the country. I am, therefore, pleading with you that we should move forward and not backwards so that in unity we can move Ghana forward.”

President Akufo-Addo also inspected ongoing work on the construction of the Weija Model Senior High School, a school whose sod he cut in October 2019.

The Weija SHS is one of the new senior high schools, comprises the construction of seven (7) new Senior High Schools and the upgrading of two (2) existing schools into model schools, being established by the Akufo-Addo administration.

The seven new schools are located at Kwadaso, Dabaa, Awaso, Abomosu, Akrodie, Weija and Kpasenkpe. Seven (7) out of the nine (9) schools are proposed science focused schools, with the other two being the first ever Creative Arts School, Kwadaso, in Kumasi, and a Senior High Technical School at Dabaa, named after former President J. A. Kufour.

It will be recalled that contracts for the construction of these schools were awarded in October 2019, and the sites were handed over to the contractors by the consultants a month later.

The Weija Model Senior High School is fitted with the full complement of amenities such as playing fields, administrative buildings, libraries, and dormitories. Additionally, the V-Block in the school has a total of 24 classrooms, as opposed to 12 classrooms in the E-Blocks constructed by the former administration.