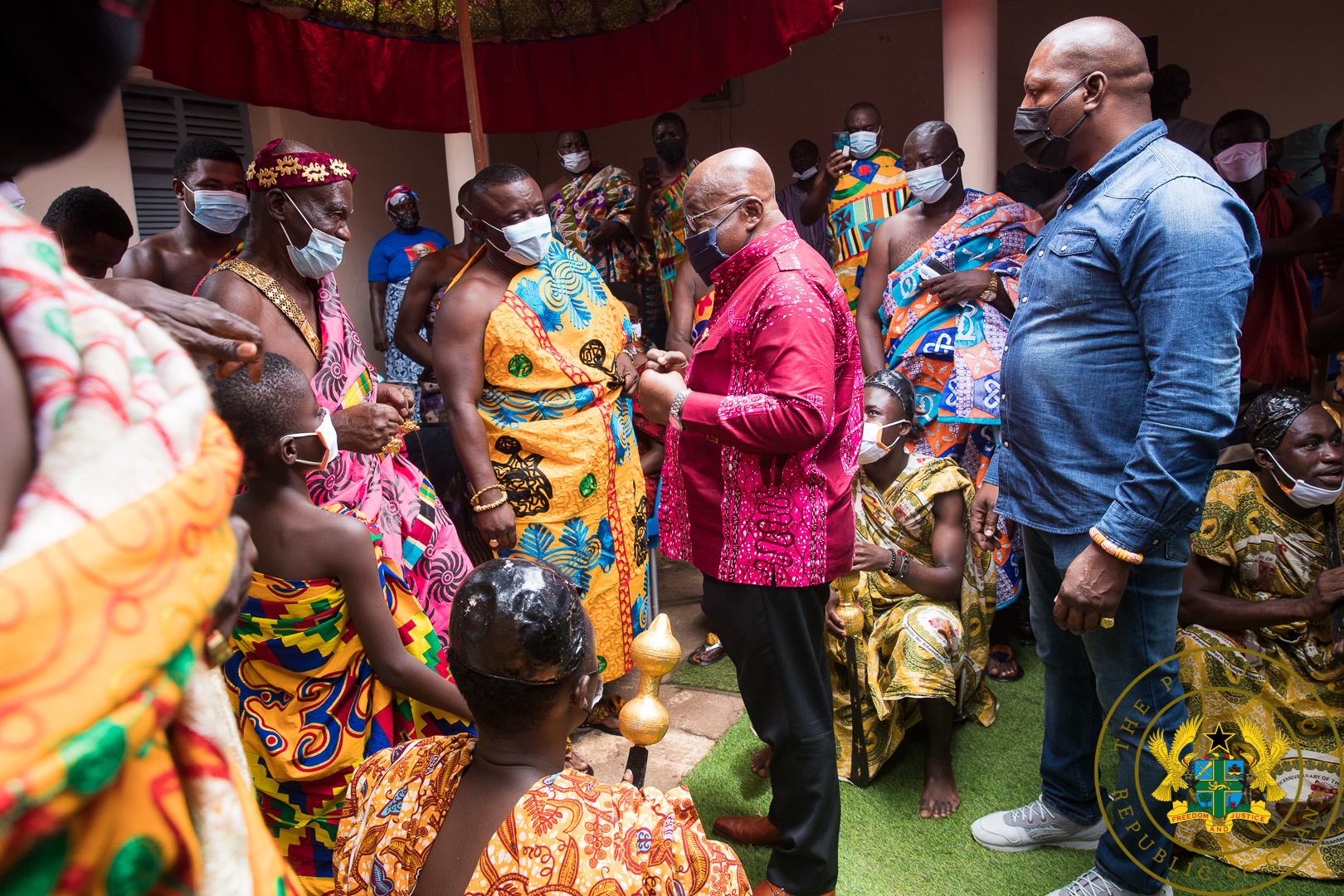 The President of the Republic, Nana Addo Dankwa Akufo-Addo, has expressed his strong support for the existence of term limits for Presidents, because it enhances democracy and injects fresh ideas into governance.

Term limits, according to the President, promote “stability of democracies, especially the Presidential systems,” adding that, “speaking personally, I support the idea of term limits for Presidents, it prevents abuse of office and coup d’états”.

Speaking in an interview with Kumasi-based Ash FM on Saturday, 2nd October 2021, as part of his tour of the Ashanti Region, President Akufo-Addo said Ghana has been enjoying political stability since 1992 because the Ghanaian people have the opportunity, every four years, to use the ballot box to decide whether to change a government or maintain one in office.

“Using the ballot box has contributed to the stability of our country. People believe that if a leader is not doing well, they can vote against that leader in four years’ time. We don’t need a coup to change someone,” he said.

As a result of military takeovers in Guinea and Mali, President Akufo-Addo revealed that ECOWAS has started reviewing its protocols to strengthen the growth of democracy in the sub-region.

“To be honest, I am not speaking (now) as Chairman of ECOWAS, I support the idea… I feel ECOWAS protocols on good governance should outlaw the third-term mandates in any country. I feel strongly it is something that we ought to do to prevent what is happening in Guinea elsewhere,” he added.

When asked why the regional bloc looked on while Alpha Conde changed the constitution to extend his term, President Akufo-Addo said, “there are varied reasons for the military intervention, but there is no justification at any stage.

”He continued, “We are opposed, in principle, to any intervention of the military to the political life of a country. The population is capable of resolving its problems through the ballot box.”