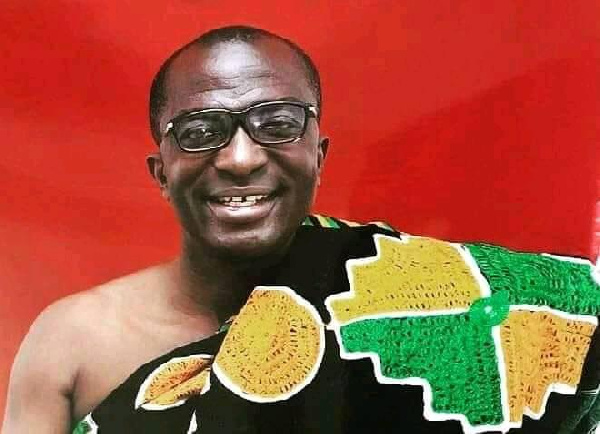 The Independent Member of Parliament (MP) for Fomena, Andrew Asiamah Amoako, has officially written to the Speaker of Parliament, Rt. Hon. Alban Sumana Kingsford Bagbin, informing him about his decision to associate with the New Patriotic Party (NPP) Caucus for purposes of transacting business in the House.

In his letter dated Wednesday, January 13, 2021, and addressed to the Speaker, Mr. Amoako who is also the 2nd Deputy Speaker of the august House declared that “I, Andrew Asiamah Amoako, an Independent Member of Parliament for Fomena Constituency and now the 2nd Deputy Speaker for same Parliament do hereby declare that, I shall, for purposes of transacting business in the house associate with the NPP Caucus in the Eight Parliament. For the avoidance of doubt, I do hereby, affirm that I shall cooperate and collaborate with the NPP Caucus in the Eight Parliament”.

The determination of the Majority and Minority Caucus will be made by the Speaker on Friday, January 15, 2021, when the House reconvenes to after a short break.

Prior to Mr. Asiamah’s written letter, both the NPP and NDC had 137 Members apiece, with one Independent member, making it difficult for each of the sides to declare as having formed the Majority in the House.

On the night of the election of the Speaker, the NDC sat on the Majority side of the House, a move which was resisted by some Members of the NPP MPs, and in the process, causing an uproar in the chamber.

It took the intervention of some senior Members to restore calm in the chamber.

Since then, both NPP and NDC Members have been serving notices to occupying the Majority side when the House reconvenes on Friday.