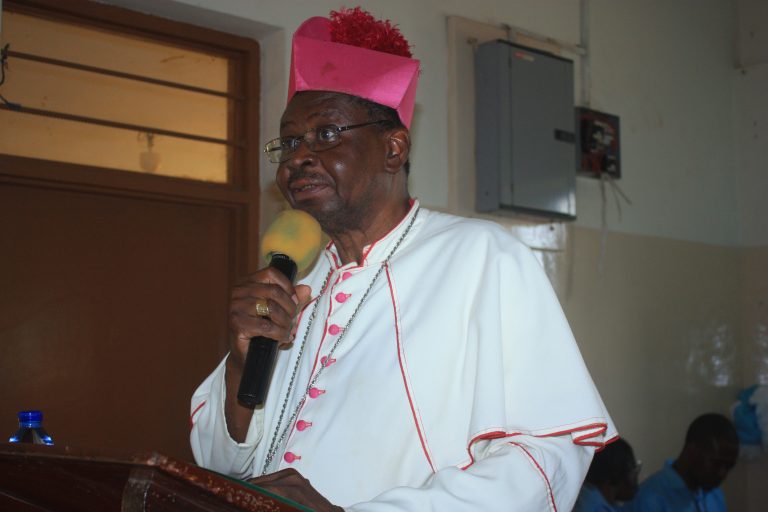 The President of the Ghana Catholic Bishop Conference, Most Reverend Philip Naameh has pleaded with Ghanaians to make it a habit of respecting the rights and choices of Lesbian, Gay, Bisexual, Transgender, Queer and Intersex Life (LGBTQI+) people in the society as they are human persons that equally need protection like everyone else.

Speaking in an exclusive interview on Kumasi-based Abusua FM with Senior Media Practitioner, Kojo Marfo, MyNewsGh.com reports that Bishop Naameh explained that although the Catholic Bishop Conference frowns on the sexual orientation choices of LGBTQI+ persons in Ghana that however shouldn’t be the basis that persons engaged in such activities should be denied basic rights like accommodation and job opportunities.

“Ghanaians should have a clear distinction between the things of the people and the people themselves, the Lesbian and Gay people, they are human persons so we need to respect them. We need to accord them those rights that also all human beings enjoy. It is not because they are homosexuals that they should be refused to be given employment, they should be refused to be given places to live and all that. There are values that they also have a right to and we say that those rights should be given them but not those things which are against our culture and against God’s will.” He revealed.

We just don’t say that because he has homosexual tendencies whereas all human beings have a right to something, he should be denied it.”

The Ghana Catholic Bishop’s Conference (GCBC) earlier in a press statement demanded of government to shut down the recently commissioned office of LGBTQI in the country.

They issued the release issued after the European Union (EU) in Ghana participated in the opening of an office space for LGBTQI+ Rights Ghana and called for equality, tolerance and respect for the group.

Listen to the audio below: