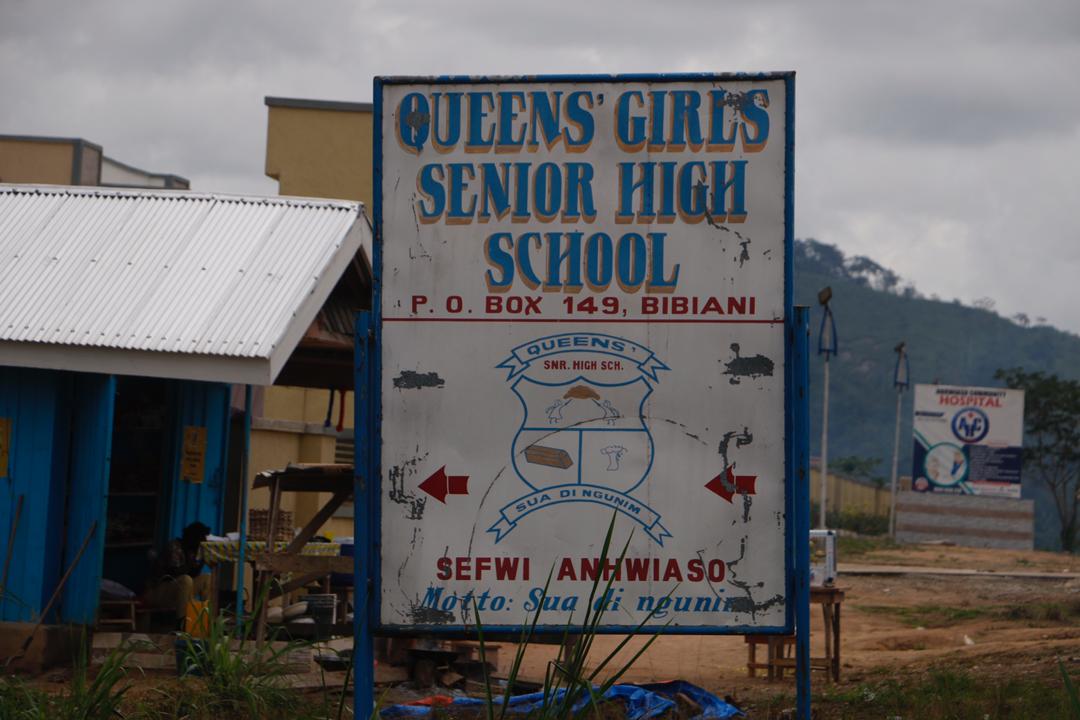 The Headmistress of Queens Girls’ Senior High School (SHS) at Anhwiaso in the Western North Region, Mrs. Francisca Biney, has appealed to the central government and other stakeholders to come to the aid of her school.

According to her, the lack of a fence wall around the only female SHS in the region, as well as that of teachers and headmistress bungalows was making it difficult for them to run the school.

She said the school authorities have always had to trek to the school campus from their respective homes, especially in the night, at least seven times daily, to ensure that the students do not go wayward.

It was an exercise put together by the Ministry of Education (MoE), Ghana Education Service (GES) and spearheaded by Zoomlion Ghana Limited.

She added “A girls’ school which don’t have fence wall, you see the challenges that we will be facing? We don’t have a canteen and we need all these things to start the school again. So we are appealing to the government or whoever can come to our aid to help us”.

According to her, “Because there is no wall around the school, at least you face some challenges, but if there is fence wall, you will be able to control them by closing the gate and other things but this time there is no wall so anything can happen. Even in the night you have to troop in here. Most of the teachers and even headmistress we visit here seven times in a day, so it has not been easy for us all”.

At Chirano, the Senior House Master of Chirano Community Day SHS, Cherubin Adotey, lauded the  disinfection exercise and said he was hopeful it will allay the fears of the students to return to school on October 5.

Like other schools’ heads, he appealed to government for support in areas of boarding facilities and speedy completion of the e-Block.

“When the initial disinfection exercise was conducted and they heard of it, most of them were able to come to school or came to school in their numbers.

According to him, “with the re-opening of schools next week, if they should hear of it that another disinfection exercise has been done, I’m sure they will come to school in their numbers. So it help allay the fears of the students about the pandemic.

Concerning that challenge of the school, she said: “The main challenge is about the completion of the e-Block but God being so good the contractor is also on site and we are hoping that by next three or four months it would be completed”.

The Chirano Community ICT/library Centre, the Bekwai SHS among other schools were all disinfected. The exercise is expected to last for 10 days.

Heads of the various schools whose facilities were disinfected, expressed their gratitude to government and Zoomlion for the exercise.

According to them, the previous exercise had been very effective and with the third phase, it would inspire the students to return to school in a safe environment.

“We thank them (Zoomlion) so much for the exercise. We also assure you that all the protocols would be observed when the students come back to school”, Mrs. Biney assured.