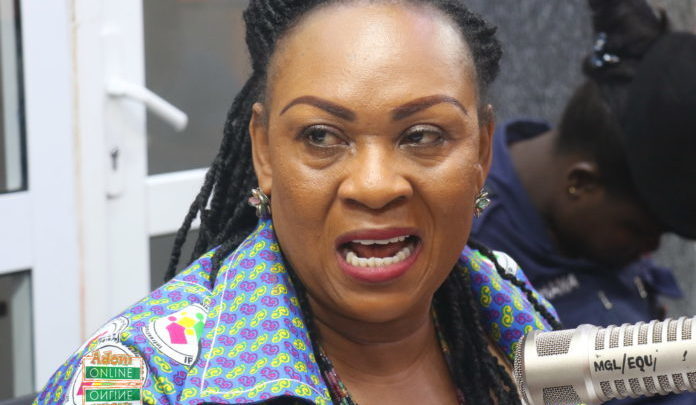 She was invited by the Central Regional Police Command for questioning over the shooting incident that happened at the Steps to Christ registration centre (polling station) in Kasoa in the Awutu Senya East constituency.

She spent some hours answering questions posed to her by the Police in a bid to establish the circumstances leading to the shooting incident that happened on Monday, July 20, 2020.

She was accompanied by her lawyers.

Madam Koomson who is also the NPP Member of Parliament (MP) for the area has admitted firing gun shots at the registration centre but noted that it was in self-defense.

The incident has since drawn widespread condemnation from various groups and individuals, including the National Peace Council, Catholic Bishops’ Conference and security experts.

They have all called on the President, Nana Addo Dankwa Akufo-Addo to dismiss Madam Koomson for her violent conduct.

However, Madam Koomson, explained that she only fired the gunshots in self-defense to wade off some thugs allegedly from the opposition NDC who were threatening her life when she together with some of her party fellows went to the Steps to Christ registration centre to monitor the voters registration exercise.