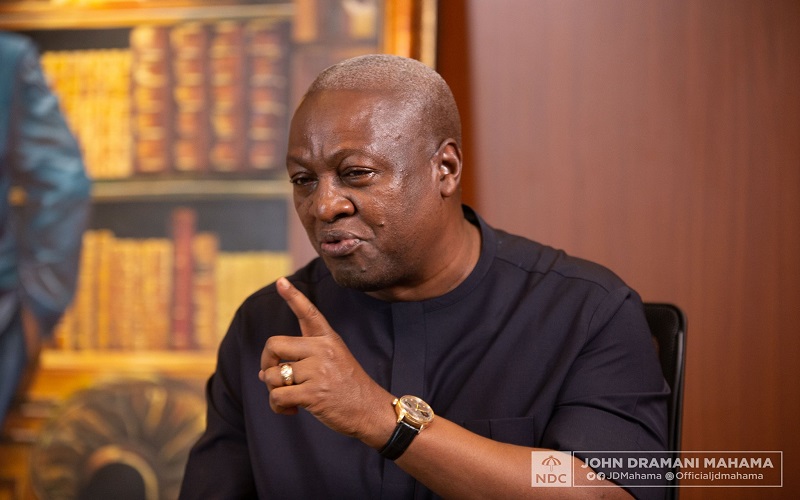 The presidential candidate of the National Democratic Congress (NDC), Mr. John Dramani Mahama, says the sudden interest of president Akufo-Addo to project infrastructure as part of his government’s achievements is both surprising and deceptive.

Addressing the chiefs and elders of Tsito Mr Mahama said the government failed the infrastructure test right from the beginning when it cancelled road contracts and abandoned projects it inherited from the NDC.

He said many of the abandoned projects would have been completed by now
for the benefit of the people if the government had not abandoned them.

He commended the people of the Volta Region for defying the government-sponsored harassment and intimidation to register in the recently held voter
registration exercise and urged them to show the same level of interest when Electoral Commission begins the exhibition of voter register.

Mr Mahama said this year’s election is about saving the future of the country and it is important that Ghanaians take part in the upcoming elections to vote for the NDC to ensure the creation of sustainable and decent jobs as well as equitable development across the country.