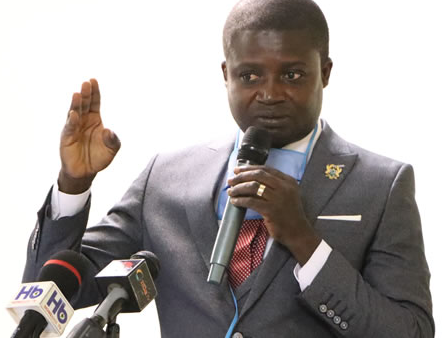 Thirteen members of the Assembly opposed his re-election.

Article 243(1) of the 1992 Constitution states that “There shall be a District Chief Executive for every district who shall be appointed by the President with the prior approval of not less than two-thirds majority of members of the Assembly present and voting at the meeting.

Mr. Inkoom becomes the first nominee of the President to be confirmed by members of the Assembly following the release of the list of MMDCEs last Sunday, September 19, 2021.

It is also the second term of Mr. Inkoom as DCE for the area.

The event was attended by the Minister of Information, Kojo Oppong Nkrumah and the Central Regional Minister, Marigold Assan.

Commenting on his re-election, Mr. Inkoom said he will work to ensure that the Mumford Landing Site project which is ongoing will be completed to open up the local economy.

He also assured of completing the Ankamo-Dawurampong-Afransi road project as well as other projects that are ongoing in the district will also be completed.

Education, he added, will continue to be a priority of the Assembly as well as sanitation.

“When it comes to BECE, in 2014, our pass rate was 30%. In 2015, our pass rate was 37%. In 2016, we moved up to 52%. Within the four-year period of President Akufo-Addo’s first term, we moved up to 69.6%. It is our hope that we make significant improvement between 80 to 90% within the next four years. So, we are going to ensure that we provide tables and chairs to schools that are deprived of these facilities and also provide good accommodation facilities to our teachers. So, we are going to continue with our teachers quarters project”, he noted.