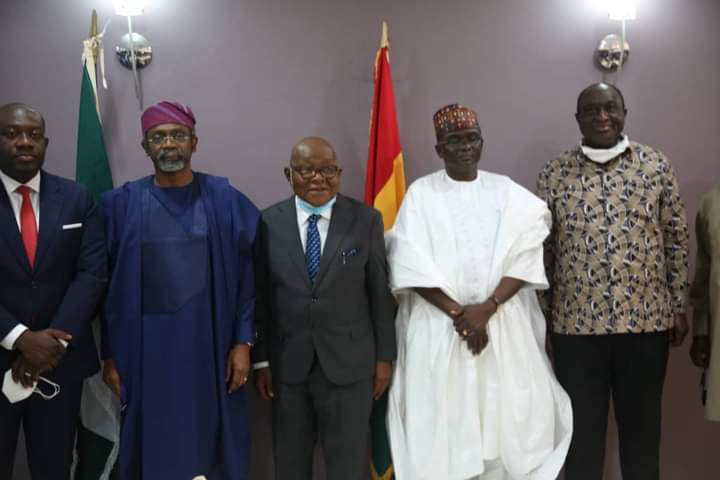 The Speakers of the Ghanaian Parliament and the Nigerian House of Representatives Rt. Hon. Prof. Aaron Michael Oquaye and Rt. Hon. Olufemi Gbajabiamila are in talks to find solutions to the challenges brought about as a result of Ghana’s implementation of the Ghana Investment Promotion Centre (GIPC) Act 2013, Act 865.

Discussions so far have been on how the implementation of Act 865 can be implemented in a manner that will not render Nigerian traders in Ghana jobless since most of them have had their shops closed and some fines levied at them in accordance with the provisions of Act 865. Ghana’s sovereignty and national interest in the matter has been at the front burner in all the discussions held so far.

Speaker Olufemi Gbajabiamila, in his submissions at a round table discussion in Parliament on Wednesday 02/09/2020, referred to the economic, social and political ties that bind Ghana and Nigeria together and urged that the two countries to use legislative diplomacy to resolve the issues confronting them. This he said, is most appropriate, since he and Speaker Oquaye, had on previous occasions, worked together, using the same tools to resolve economic issues not only between the two countries but in the sub region.

Ghana’s trade minister Alan Kyeremanteng explained the context of the GIPC Act and its implementation and said that it was not targeted at any particular nationals and definitely not Nigerians. He outlined ways by which the two countries can have mutual trade relations with the requisite benefits.

Speaker Oquaye while assuring Nigeria of Ghana’s good intentions also pointed out that reports on the matter may have escalated tensions and cautioned that private or commercial arrangements between individuals and organizations of the two countries should not be confused with governments’ engagements. He also encouraged the use of diplomacy in the resolutions.

Both countries are keen on finding a lasting solution to the matter.