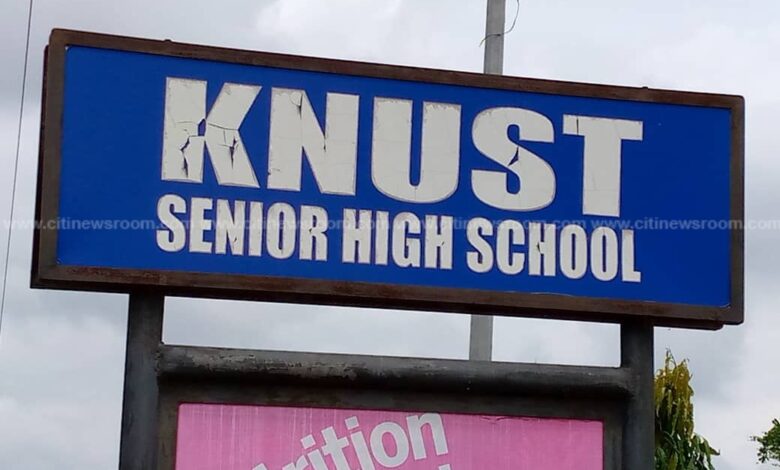 The Headmistress of the KNUST Senior High School (SHS), Felicia Asamoah Dankwaa, has been interdicted by the Ghana Education Service (GES), following the death of a student.

A statement issued by the GES dated July 8, 2020, and signed by the Head, Public Relations Unit, Cassandra Twum Ampofo, has asked the Regional Director of Education to take over the administration of the school pending investigations into the circumstances that led to the death of the final year student on Tuesday, July 7, 2020.

“The Director-General of Ghana Education Service has directed the Head of KNUST SHS, Felicia Asamoah Dankwaa to step aside for the Regional Director of Education, Ashanti, to take over the administration of the school while Management of GES investigate the circumstances leading to the demise of a final year student on Tuesday, 7th July, 2020”, the statement in part read.

Students of the Technology Senior High School, Kumasi, on Tuesday night suspended all their academic activities to protest over the death of a colleague.

The colleague student, politicoghana.com understands, was allegedly abandoned by the school authorities to die a painful death after complaining of severe stomach pains.

Available footage which has gone viral on social media suggest the victim was rather attended to by some of his colleagues who rushed him to a nearby health facility where he was pronounced dead.

It took the swift intervention of the police to restore calm and protect lives and properties as the students had started vandalizing properties including the headmistress’ vehicle.

Sources say, the authorities of the school abandoned to the student who had complained of severe stomach pains on Monday, July 6, 2020, for fear of having contracted the novel coronavirus.