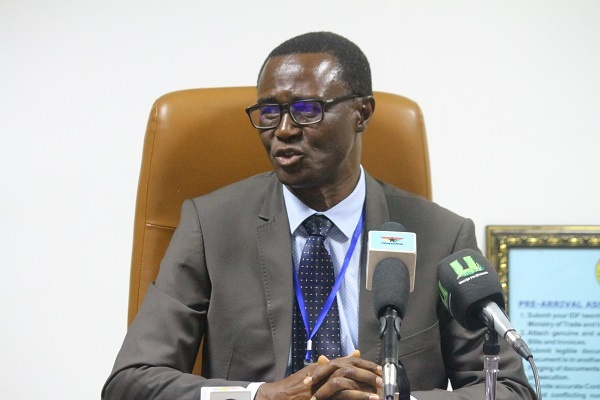 Inside sources say the security agencies at the Tema Harbour which records majority of the country’s imported frozen food products, have enough evidence to probe some of the companies in the industry.

Some of the companies are in the business of under-declaration and mis-description of their imported products.

However, the outcome of happenings in the Netherlands would make their case even stronger.

On Tuesday, January 25, 2022, the Dutch Food and Consumer Product Safety Authority raided Wegdam Food Link, the main supplier of frozen chicken products to La Bianca Company Limited, the biggest importer of frozen food products in Ghana, on suspicion of fraud over its operations.

The raid was swiftly reported by www.tubantia.nl, one of the biggest and reputable news portals in the Netherlands.

Wegdam Food Link is on suspicion to have been falsifying documents of frozen products it suppliers to their trading partners overseas, of which La Bianca is an alleged beneficiary.

Some of the documents mainly falsified include Health Certificate, Bill of Lading, Invoice and Packing list.

For instance, Wegdam has been cited for allegedly falsifying documents of frozen chicken to make it look like fish on paper before exporting the products to its final destination.

The duty for frozen fish is less than half of frozen chicken which is a huge revenue loss to the Government of the destination country.

Tubantia reports that during the raid, the NVWA’s Intelligence and Investigation Service (IOD) searched two business premises and two homes in the ongoing investigation into the suspected fraud with documents, in the export of, among other things, chicken meat.

Detectives confiscated the company records. At the same time, searches also took place in Belgium and Spain, at three companies that may be collaborating with Wegdam. Three persons were arrested during the raid. The suspects were all arrested in the Netherlands, Tubantia reported.

La Bianca, has long been on the radar of the security agencies led by the Ghana Revenue Authority (GRA) at the Tema Port on suspicion of under-declaring and mis-description of its products in a bid to pay less on import duties.

In spite of this, La Bianca Company Limited on October 21, 2021, made an application to the GRA, requesting for consideration on their Customs import values but was declined.

The GRA, however, in a letter dated October 26, 2021, and addressed to Chief Executive Officer, gave La Bianca some respite.

“In the light of the above, the Commissioner, Customs Division in line with Section 12 of Act 891 of 2015 would grant a mark down of 10% Benchmark values for the following products depending on the quantity imported: Chicken Leg Quarters, Hen Leg Quarters, Chicken Franks, Chicken Gizzards, Chicken Drumsticks, Chicken MDM …”, the letter signed by the Deputy Commissioner of GRA in charge of Operations, Joseph Adu Kyei, in part read.

La Bianca’s request for reduction in import duties follows an earlier punitive action that was meted out to them by the GRA for changing the description of its imported products, ostensibly, to pay less for the import duty.

La Bianca was slapped with GH₵710,784.09 for their actions with the money yet to be paid to the GRA.

Happenings in the Netherlands is therefore of interest to the Ghanaian authorities since Wegdam Food Link is the main supplier of frozen chicken products to La Bianca Company Limited.

According to the report, Wegdam is also suspected of using sham constructions in some shipments to make the alleged fraud possible. The financial advantage of the fraud, Tubantia reported, goes directly to the recipient of the products.

The NVWA say, this pays up to 70 percent less import duties in the country of destination, with the fraudster, having advantage to retain a turnover and retains its customers.

Experts say this alleged fraud places the beneficiary company in an advantageous position over its competitors as it is able to sell its products at a cheaper price while maximizing huge profits. The company is also able to export more than companies that comply with the rules.

The NVWA says this form of fraud poses a risk to food safety. “When something turns out to be wrong with a food, it must be possible to find out where the product came from and to whom it was delivered to. This so-called tracing is not possible if, for example, chicken meat is changed into fish on official documents”, Tubantia quoted the NVWA as saying in a statement the intelligence agency issued.