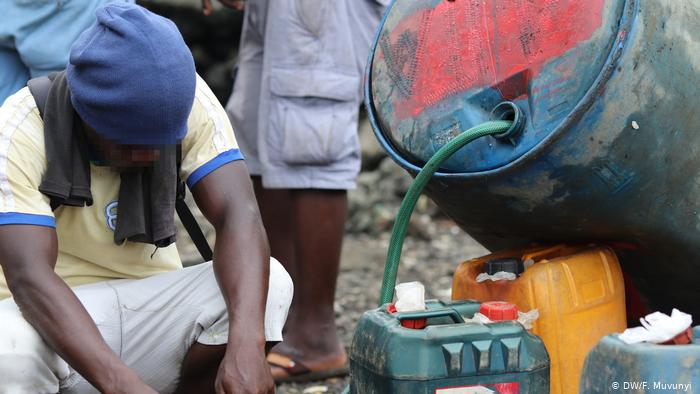 Five Ghanaians are currently in the grips of The Gambia Police Force (GPF) for allegedly smuggling 37,000 (thirty seven thousand) litres of diesel into the West African nation.

Their arrest follows the confiscation of their ship in a joint security operation conducted at the Sea Port (Waafi Njago) by the Police Intervention Unit (PIU) Delta Platoon and the GRA Intelligence Unit.

The operation was aimed at tackling illegal importation of goods into The Gambia.

Among the captives are Thomas Abraham, 50, captain of the impounded ship that was carrying the smuggled diesel, Moro Ousman, 47, a cook in the impounded ship, Awal Ali, 29, Chief Officer, Adjetey Jonathan, 29, a fisherman, and David Salifu, 45, a mechanic.

A statement released by The Gambia Police Force dated Tuesday, August 3, 2021, and posted on Poliso Magazine, a Facebook platform established by the Police to deepen its interaction with The Gambian public, said “such illicit activities by individuals, are motivated by their desire to evade payment of taxes and fulfilment of other tax obligations”.

According to the Statement, the captives are currently helping the Police in their investigations and urged the public to volunteer information about criminal activities within their communities.

The statement was, however, silent on when the five will be sent to court and prosecuted. It was also silent on the country of origin and name of the ship, the market value of the diesel oil and how much taxes the captives had attempted to evade among many others.

Some questions in connection to the issues raised emailed and WhatsApped to the Spokesman of the The Gambia Police Force, ASP Lamin Njie, are yet to be responded.