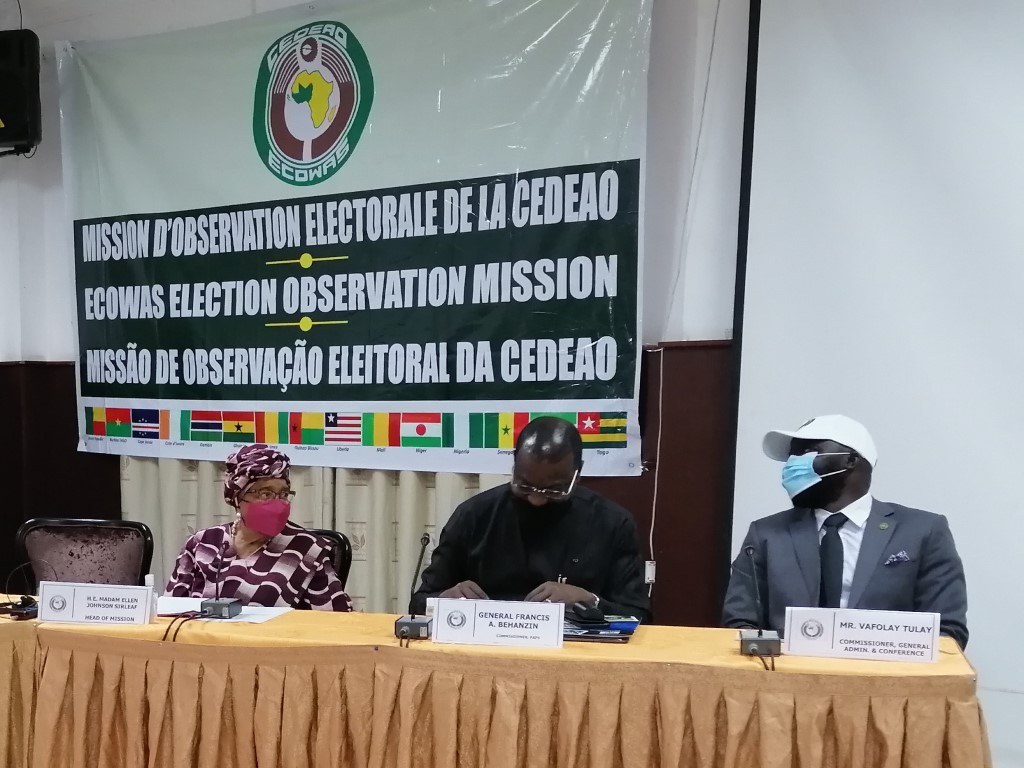 She made the call at a post-election meeting of Heads of International Election Observation Missions (IEOMs) to Ghana’s 2020 elections on Tuesday, December 18, 2020 in Accra, Ghana.

The meeting was for the sharing of key findings on Election Day.

“It is pleasing to know that Ghana has lived up to its expectations in the conduct of elections in a free, fair and credible manner”, Madam Johnson Sirleaf said.

According to her, a peaceful transfer of power in Ghana is a great opportunity for not just Ghana but for the whole of Africa.

She therefore called on African countries to emulate Ghana, which is a model for Africa, so as to instill the much-needed confidence in the electoral systems in their various countries.

Also at the meeting was a United Nations (UN) delegation led by the Special Representative of the Secretary General of the UN and Head of the UN Office for West Africa and the Sahel (UNOWAS).

The session was a follow-up to their meeting held on Sunday, December 16, 2020, in Accra to ascertain Ghana’s resolve to maintain peace during and after its general elections on December 7, 2020.

At that meeting, the ECOWAS Chief Observer indicated that her mission had identified some challenges that needed to be addressed. She said there was a potential of misinformation through the rapid circulation of fake information, especially on social media.

“It is important that we ensure that factual information are given”, Madam Johnson Sirleaf stated.