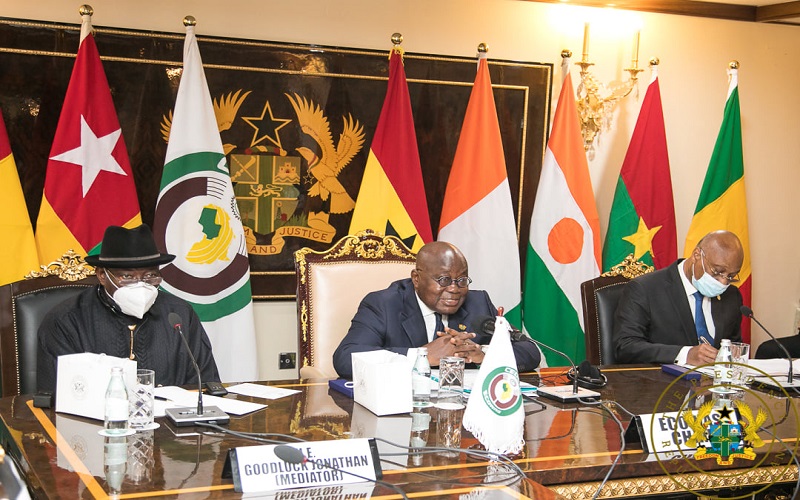 The Economic Community of West African States (ECOWAS) has lifted the sanctions it placed on Mali.

This follows the successful installation of a civilian-led transitional government.

A communique that announced the decision of the Community Heads of States on Tuesday, October 6, 2020, acknowledged steps being taken towards a return to democratic rule in Mali which will include the appointment of a civilian-transitional President, and a Prime Minister.

“Taking into consideration these important decisions for the normalization of constitutional order in Mali and in view of the need to support this process, the Heads of State and Government decide to lift the sanctions imposed on Mali”, the communique signed by the Chairman of ECOWAS and President of the Republic of Ghana, Nana Addo Dankwa Akufo-Addo in part read.

However, the Community body demanded that the civilian-led transition government implement rapidly other decisions of the Summit, in particular, the release of all officials both military and civilian arrested since the August 18, 2020 coup d’état that toppled the regime of the elected President of the Republic, His Excellency Ibrahim Boubacar Keita.