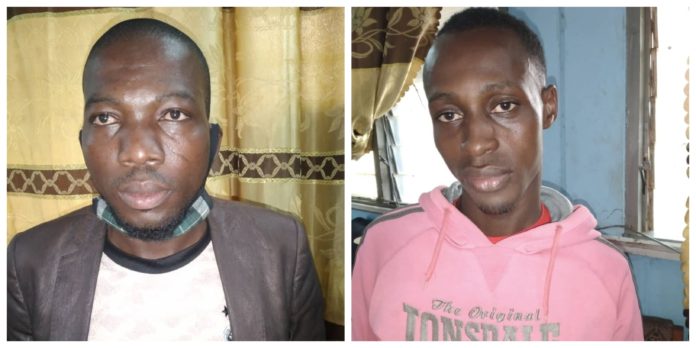 The Electoral Commission (EC) of Ghana has dismissed two its temporary Registration Officials who are involved in the ongoing voters registration exercise.

The duo were dismissed on grounds of misconduct. They are Mumuni Abilla Yusif, 26, and Mohammed Yushaw Kongsoha, 23.

They were alleged to have been caught in the course of illegally registering some residents of in Tamale in the Northern Region of the country.

A statement released by the election management dated Saturday, July 18, 2020, say the Commission is currently working with the security agencies to ensure that the suspects are made to face the full rigorous of the law.

“The Officials have been relieved of their posts pending investigations. Meanwhile, the Registration kit used for the alleged illegal registration remains in police custody”, the statement in part read.

The Commission has however, assured the general public that it will not shield any of its staff. Temporary or permanent, who find themselves on the wrong side of the law, further calling on the public to help expose acts which are aimed at undermining the integrity of the 2020 voters registration exercise.

The arrest of the two follows a red flag that was raised by executives of the opposition National Democratic Congress (NDC) in the region.

The Savannah Regional Communication Officer of the NDC, Malik Basintale, said the arrest vindicates their earlier position that the NPP was manipulating the registration system.

“The Northern Regional executives intercepted a machine that was undertaking registration in the Tamale South constituency. Upon investigations, it was revealed that, this was the machine that was said to have broken down yesterday [Thursday, July 16, 2020] and was meant to be carried to Damongo [the regional capital] for maintenance and be brought back to continue the registration process but the machine found itself in the Tamale South constituency registering NPP persons.

“This so-called Electoral Commission officer who is a card bearing member of the NPP will be used as a scapegoat in this matter…We are sending a caution that ‘operation protect your polling station’ is on course and everybody will take charge of their polling station. Anybody who will be caught anywhere in the region or across the country will be dealt with severely,” he warned.

Meanwhile, the Northern Regional Police Command has confirmed the arrest of the two persons and says investigations are ongoing into the case. 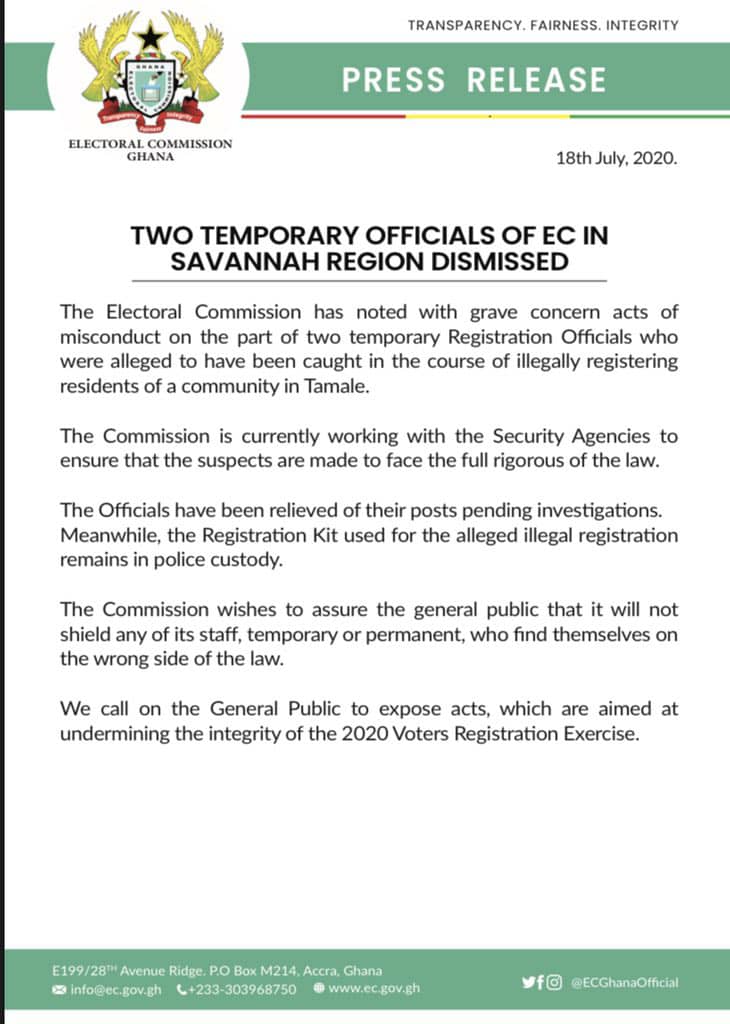