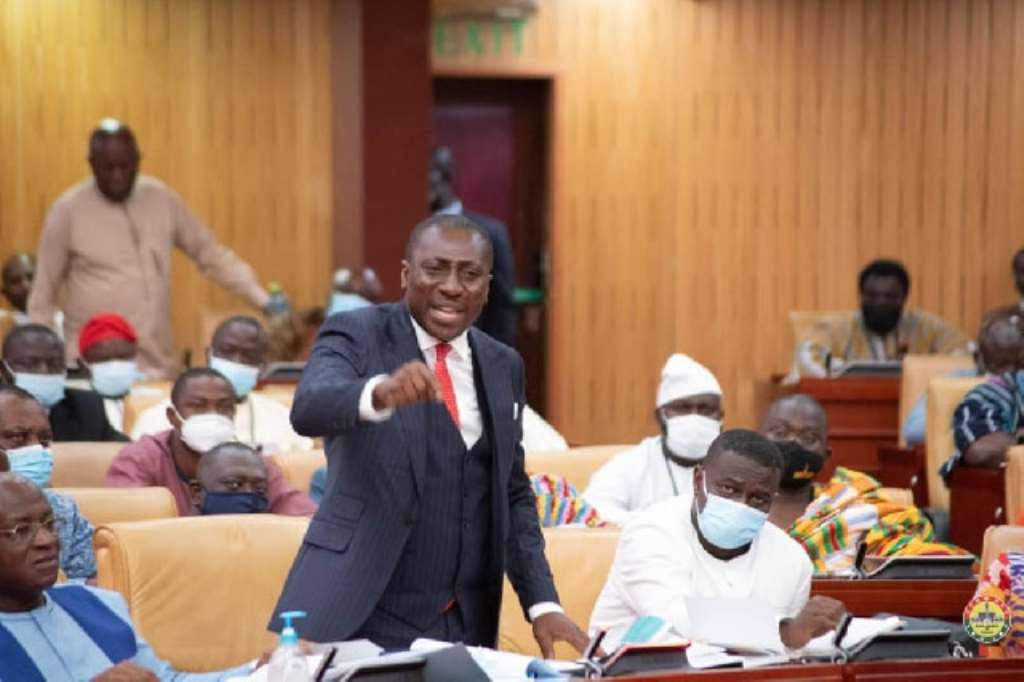 The Deputy Majority Leader, Alexander Afenyo-Markin, has bemoaned the refusal by some sick Members of Parliament (MPs) belonging to the National Democratic Congress (NDC) to seek for medical health care abroad despite their deteriorating conditions for fear of the Electronic Transaction Levy (E-Levy) getting passed.

According to him, it would suicidal to see some of his colleague MPs from the Minority Caucus breakdown on health grounds because they don’t want the E-Levy to be passed.

He said it is important for all sick MPs on the Minority side to prioritize their health conditions over any other thing else, urging all affected who have already schedule an appointment with their doctors abroad to travel for medical treatment.

Afenyo-Markin, who led the House at a sitting on Friday, February 4, 2022, had urged all MPs, when presenting the Business Statement for the ensuing week, to fully participate in the consideration of the E-Levy when it is withdrawn and subsequently re-introduced in the House by the Minister of Finance, Ken Ofori-Atta during the course of the week.

His remarks provoked the NDC MP for Yapei-Kusawgu constituency, John Abdulai Jinapor, who told the House that the encouragement from the Deputy Majority Leader who is also the NPP MP for Effutu, has fortified him to change his mind of traveling abroad for medical review in order to participate in the consideration of the E-Levy when withdrawn and subsequently, re-introduced.

“According to the Deputy Majority Leader, the Minister of Finance is likely to withdraw the E-Levy on the 11th of February and may introduce it on the 15th of February. Mr. Speaker, some of us have had some medical appointments and are even supposed to travel. Indeed, some of us wanted to travel this weekend. But the statement said Members are therefore encouraged to participate fully in the consideration of the bill. In fact, he [Afenyo-Markin] himself is encouraging us that those of us who have medical appointment, we should not travel. We should stay and help in considering the bill. In fact, but for his advice, some of us were even preparing to travel. But following his advice, I’m compelled to stay in the House and follow the Deputy Majority Leader’s advice. I would, therefore, like to plead with him that is it possible that he brings certainty and clarity in respect of the date so that those of us who want to travel even if it’s five days, we can dash-out and dash-in in order to participate in this E-Levy approval process”, he noted.

However, Jinapor’s response was rebutted by Afenyo-Markin who urged Members to prioritize their health conditions over any other matter.

“Mr. Speaker, there are many with health concerns, yet you are not travelling. For whatever reason, John Jinapor said it for the records that many of you are supposed to travel for health reviews and all that. Why are you not travelling? The rules say that Members available and voting so what is your problem? Travel – travel. Mr. Speaker, they should travel – you are at liberty to travel”, he wryly noted much to the laughter of all.