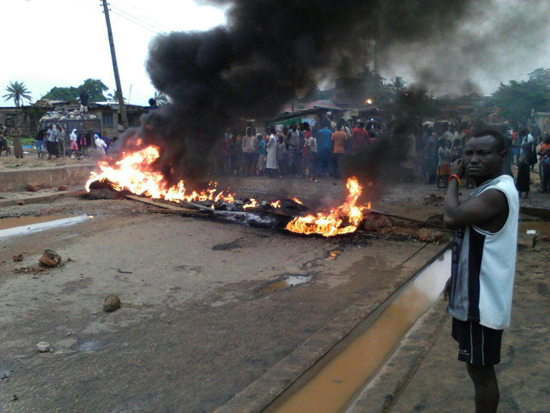 The Ghana Police Service has identified 631 polling stations as hotspots in the Volta Region ahead of the December 7 general elections.

According to the Deputy Regional Operations Commander, Supt. Isaac Baah, the Ketu South Constituency tops the list with 85 hotspots, with North Tongu and Ho West constituencies who have 73 and 67 hotspots taking the second and third positions respectively.

Speaking at a training programme on Crime Reporting for selected journalists in the Vota Region, Supt. Isaac Baah noted that other areas with high hotspots include the Anlo constituency which has 54 hotspots and Ho Central with 44.

Meanwhile, the Inspector-General of Police, James Oppong Boanuh has urged traditional authorities and opinion leaders to engage youth in their areas to desist from violence before, during, and after the December 7 elections.

Speaking to the media after a simulation exercise in Koforidua to test the readiness of the Police Service ahead of the elections, the IGP stated that the police administration will mercilessly deal with any person who engages in electoral violence.

“I’ve appealed to them to always be talking to the youth in the communities not to allow themselves to be used to foment violence during the elections. Because if they do, the long arm of the law will catch up with them. I’ve also assured them that we in the security service will do our best to ensure that there’s peace that day and that anybody who has to vote, vote without any let or hindrance.”