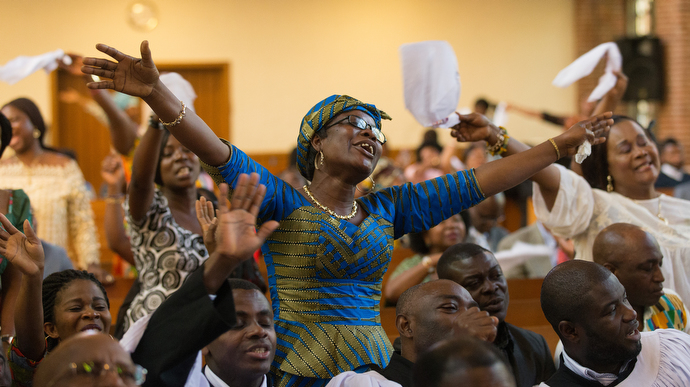 The President of the Republic, Nana Addo Dankwa Akufo-Addo, has announced that there will be no restrictions on the number of congregants worshiping at a time in churches and the mosques. The move takes effect on August 1, 2020, with the length of worship also extended from one to two hours per service.

In his 14th update on the novel Coronavirus (COVID-19) to Ghanaians on Sunday, July 26, 2020, the President said “In consultation with our Church leaders, from 1st August, 2020, the restrictions on the number of congregants worshipping at a time in Church will be lifted, with the length of worship extended from one (1) to two (2) hours per service”.

He added “Church leaders, who are desirous of implementing this enhanced easing directive, must ensure that congregants wear face masks at all times, and the one (1) metre social distancing rule is scrupulously applied. These same guidelines apply to worship in our Mosques. With greater numbers of congregants likely to return for worship, I would, respectfully, ask the religious leaders to pay even greater attention to the fresh air ventilation of their premises, rather than relying on the use of air conditioners.”

Ghana has recorded 794 new cases of COVID-19 taking the country’s total infections to 31,851, the Ghana Health Service has announced.

However, recoveries/discharges have increased significantly to 28, 438, with the death toll still pegged at 161.

According to the GHA, Accra still leads the log with 16,426 cases.

Meanwhile, Eight and 25 persons are in critical and severe conditions respectively while four others remain on ventilators.