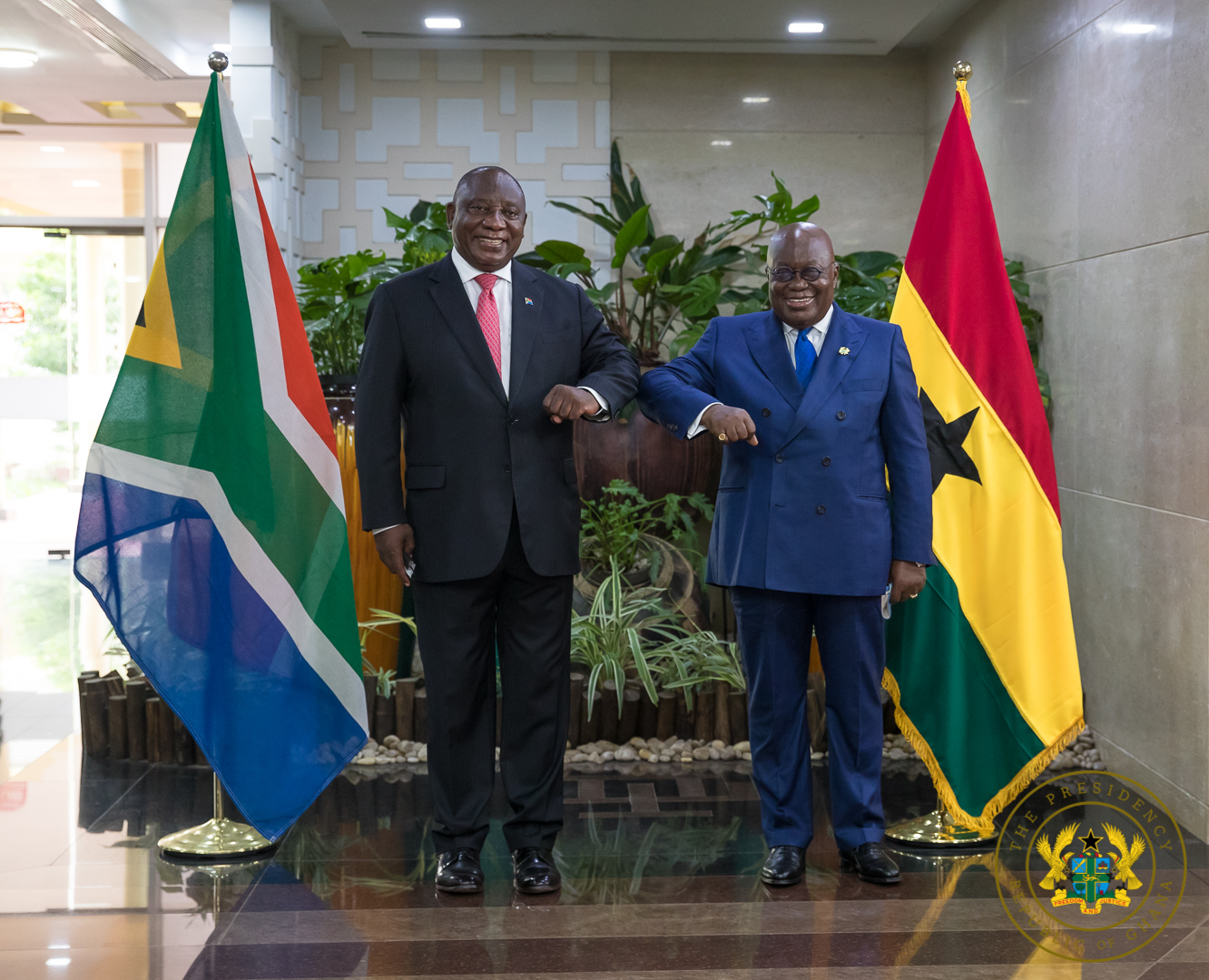 The President of the Republic of Ghana, Nana Addo Dankwa Akufo-Addo, has said that it is totally unfair for the West to impose COVID-19 travel ban on African countries following the discovery of the omicron variant of the novel corovanvirus.

“We repeated our firm opposition to all attempts to single out African countries for the imposition of travel bans, as instruments of immigration control, when we are told, for example, that the omicron variant of COVID-19, which was recently sequenced and reported by South African scientists, was discovered much earlier in the Netherlands”.

The President’s comments follows the decision by the US, UK and EU to bar entry to travellers from South Africa, Botswana, Zimbabwe, Namibia, Lesotho, Eswatini, Egypt, Mozambique, Malawi and Nigeria, following the discovery of the Omicron variant of COVID-19.

Addressing the media, President Akufo-Addo indicated that he exchanged views and information with President Ramaphosa about the common fight against COVID-19, adding that “I reiterated Ghana’s unflinching support to South Africa and, indeed, to all other African countries, in the common search for an end to the pandemic”.

He told the media that the purpose of the visit by the South African President is to re-affirm the ties of co-operation and the bonds of friendship between the two countries, with the two leaders discussing at length how to boost further political and economic relations, cultural and people-to-people exchanges, as well as co-operation at the continental and multilateral levels.

Their deliberations also centered on driving investment opportunities, domestic and foreign, into both countries, the realization of the 17 SDGs, and the need for enhanced co-operation and partnership in the areas of education, trade and industry, agriculture, defence co-operation, immigration, environment, science and technology, petroleum and hydrocarbon activities, and tourism.

Whilst thanking President Ramaphosa and South Africa for the supporting Ghana’s bid for the Secretariat of the African Continental Free Trade Area (AfCFTA), and for a non-permanent seat at the United Nations Security Council, President Akufo-Addo reiterated that “Ghana will make sure that Africa’s voice is heard loud and clear in the deliberations of the Security Council, both on matters affecting the continent and on global issues, and we will consult broadly to define Africa’s interests”.

He continued, “With the continent confronted by multiple threats to the territorial integrity of some of its states, and many of its civilian populations being put under serious threat, President Ramaphosa and I both agreed that now is not the time for the Security Council to reduce its peacekeeping mandates on the continent”.

President Akufo-Addo applauded President Ramaphosa for the efforts he is making to consolidate the peace in the Southern African Development Community (SADC), with the ongoing SADC mission to crush the violent insurgency in Mozambique’s northern province of Cabo Delgado, in which South African troops are playing a leading role.

“We, in ECOWAS, have much to learn from this, in our own fight against the terrorist threat in the Sahel. President Ramaphosa expressed great interest in this fight, and pledged the support of SADC to ECOWAS within the context of the AU,” he said.

Such co-operation, he added, between regional bodies is important for ridding the continent of all the anti-democratic elements who have surfaced, and are seeking to destabilise and threaten the peace and security of Africa, and compromise the efforts at realising “The Africa we Want”, as enshrined in AU Agenda 2063.

The President added that “Ghana is determined to deepen her democratic governance, strengthen her institutions of accountability, and put her economy on a strong platform for rapid development. The vision remains that of a Ghana Beyond Aid, a self-reliant Ghana that has freed herself from a mindset of dependence, aid, charity and handouts, and is determined to make intelligent, disciplined use of her considerable resources the basis for her growth and prosperity.”

He reassured President Ramaphosa that Ghana will continue to collaborate with South Africa to find solutions to challenges such as the eradication of widespread poverty, elimination of irregular migration, insecurity and human rights violations, terrorism and violent extremism, human and drug trafficking, piracy, as well as climate change and its attendant, negative impact on the environment and livelihoods.