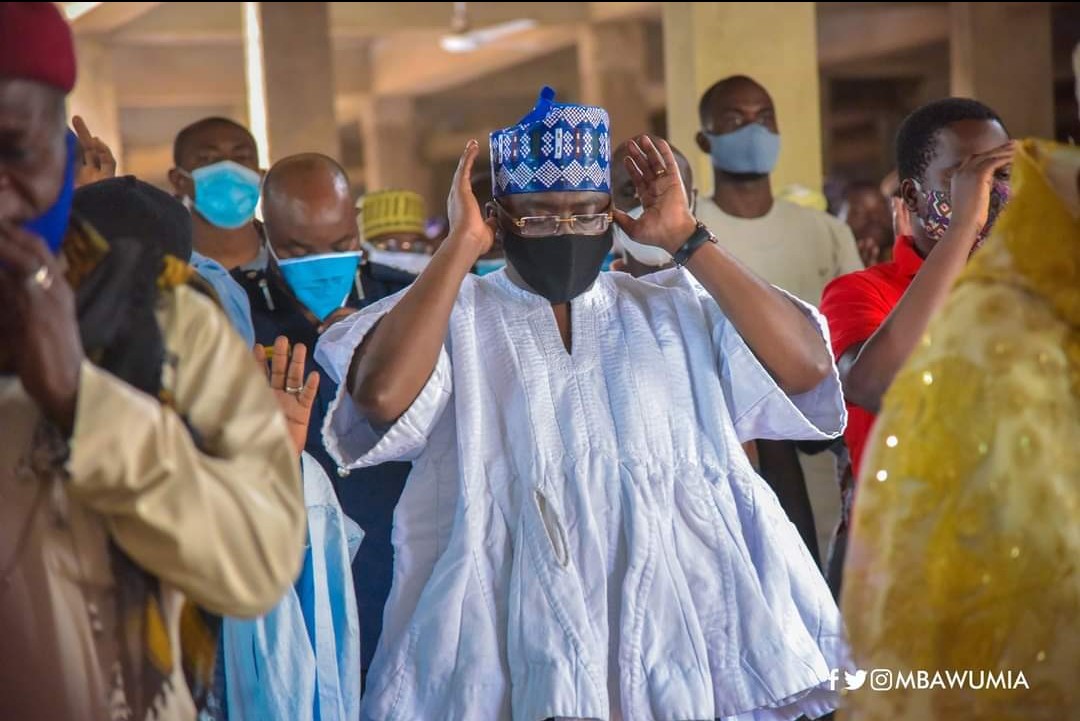 The Vice President, who is on a working visit in the north, joined Muslims in the Upper East Regional capital, Bolga, to observe Friday congregational prayers (Jummah) at the Bolga Central Mosque on Friday, September 11, 2020.

The Imam said the congregation was delighted to reunite with Dr. Bawumia to pray together again, having joined them in the same mosque in the past.

In a brief remark after prayers, Vice President Bawumia urged the congregation and Muslims in general, to continue to live in peace and harmony among themselves, as well as with others within their respective communities.

Dr. Bawumia requested the Imam and the congregation to pray for victims of recent floods in the Upper East and North East Regions as a result of the Bagre Dam spillage in Burkina Faso and torrential rains in northern Ghana.

Sheikh Yusif Adam prayed for the Vice President, President Akufo-Addo and the country.