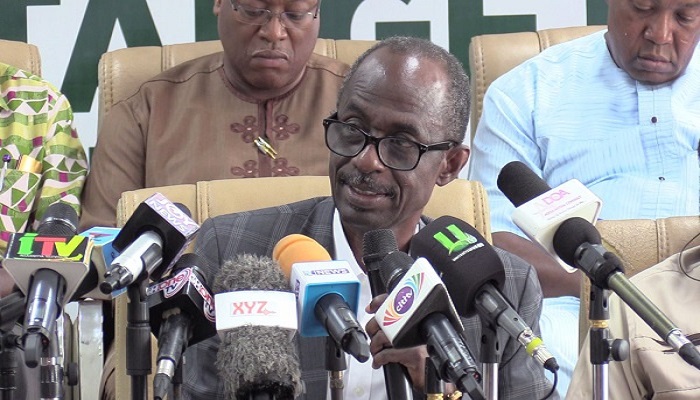 The General Secretary of the opposition National Democratic Congress (NDC), Johnson Asiedu Nketiah, has been appointed as a member of the Parliamentary Service Board.

He was appointed alongside the Member of Parliament (MP) for Suame and Majority Leader, Hon. Osei Kyei-Mensah-Bonsu, MP for Tamale South and Minority Leader, Haruna Iddrisu and a former MP and former Majority Leader of the House, Abraham Osei Aidoo.

The four adds up to the Speaker of Parliament, Rt. Hon. Alban Sumana Kingsford Bagbin and the Clerk of Parliament, Mr. Cyril Nsiah, to form the Parliamentary Service Board.

The appointment by the Speaker follows an advice he received from the Advisory Committee on the Corporation of the Parliamentary Service Board.

Announcing his decision to Members at a sitting on Monday, March 29, 2021, Rt. Hon. Bagbin said some concerns from the Advisory Committee that the membership of Mr. Asiedu Nketiah “may lead to an undesired intrusion the governance of Parliament by political parties and will not in the circumstances bid well for the independence of Parliament since he is the General Secretary of a political party”.

However, he said the concern raised was flawed, citing the former MP for New Juaben North, Hon. Hackman Owusu Agyeman, who was a Chairman of the Council of Elders of the New Patriotic Party (npp) but was appointed serve on the Parliamentary Service Board as a member during the 7th Parliament.

The Speaker, as chairman;

With the prior approval of Parliament, the Board makes regulations prescribing the terms and conditions of service of officers and other employees for the effective and efficient administration of the Service.

The Parliamentary Service Board appoints the Clerk to Parliament and other members of staff of the Service in consultation with the Public Services Commission.