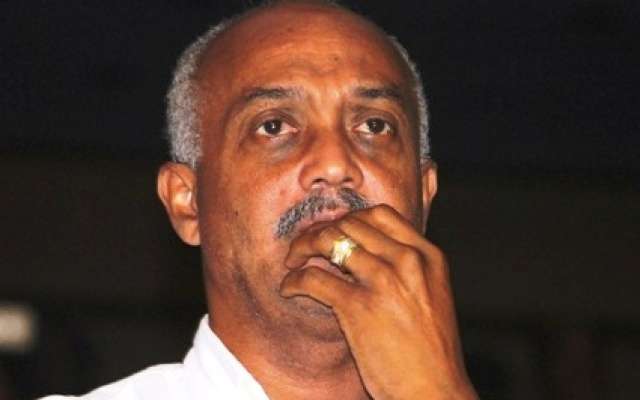 A member of the Communications Team of the opposition National Democratic Congress (NDC), Mr. Raphael Apetorgbor, has called for the arrest of Financial Consultant, Mr. Sydney Casely-Hayford after it was revealed that he recently committed electoral fraud.

In an interview, Mr. Apetorgbor said revelations by Sammy Awuku, the National Organizer of the ruling New Patriotic Party (NPP) that Casely-Hayford used a voters’ ID card that he had acquired with the National Health Insurance Scheme (NHIS) card to vote in the just ended Local level elections in spite of the fact that the Supreme Court had ruled against the usage of such cards demonstrates clear election fraud.

“The Police have no excuse sitting down over this. If Mr. Sydney Casely-Hayford really voted with that card then he has committed election fraud; he has voted illegally,” Mr. Apetorgbor said.

The Anyaa-Sowutuom NDC Deputy Communications Officer pointed that Mr. Casely Hayford’s conduct was a deliberate crime as the man had known very well that his card was illegal and it was illegal because he had deliberately refused to change it.

In an argument in defense of the controversial move by the Electoral Commission to compile a new voters’ register, Mr. Awuku cited a real life scenario involving Casely-Hayford, where a voters’ ID card acquired with a National Health Insurance Scheme card, was used to vote in the recently held Local Government Elections in spite the fact that a Supreme Court judgment renders such a card illegal.

According to him, Casely-Hayford, who is also a prolific newspaper columnist, managed to sneak his illegitimate card around EC officials and cast a vote.

“Whether the EC deleted the 50,000 names or not, I don’t know, but then recently, respected Economist, Casely Hayford, he said in the just ended local Assembly Elections, he used his voters’ ID card to vote, he got it by using the NHIA Card to register,” Sammy Awuku revealed.

He added; “so meaning that for him, his name was not deleted (from existing voters’ register), he still holds the card that the Supreme Court in its ruling said that he should have been deleted because the very proof of eligibility that he used is questionable.”

According to Mr. Apetorgbor, Casely Hayford supposedly using the illegal card to vote and then turning round to brag about it is an insult to the law, the Electoral Commission and the Supreme Court.

“He has to be put before the law so he can tell our law lords as to why he mocked them that way,” Mr. Apetorgbor said.

The Supreme Court judgment that rendered all ID cards acquired by means of the NHIS illegal was delivered in July 2016, just before the election that made Akufo-Addo President. The case had been about the legitimacy of voters ID cards acquired with service cards such as the NHIS card and drivers license.

Plaintiffs, Abu Ramadan, who is now a Deputy Director at the National Disaster Management Organization (NADMO) and Evans Nimako, the ruling NPP’s Director of Research and Elections, had invoked the original jurisdiction of the Supreme Court over the issue.

They had argued that because service cards are not issued to only citizens, the EC accepting them as eligible for registration of voters created a loophole to pack the voters’ register with foreigners.

The apex court agreed with the plaintiffs and ordered the Electoral Commission to expunge all names on the roll which were registered via the use of suchlike service cards. The EC obeyed the court’s judgment and undertook the cleanup publishing invitations to all voters bearing cards acquired through NHIS cards and drivers licenses to help with the process of correcting their registration.

The court had also instructed the EC to present Ghanaians with NHIS cards a special opportunity to re-register and so the EC did that. Upon completion it reported to the court that some 50,000 names had been affected and that when the invitation was published some 29,000 responded.

Per Sammy Awuku’s revelation, Sydney Casely-Hayford, a man who ought to know better, refused to avail himself of the invitation by the EC to rectify his registration as directed by the Supreme Court even though he was holding a voters’ ID card procured through an NHIS card.

What is interesting is that Casely-Hayford, is a popular member of the political pressure group, which is made up of middle class Ghanaians.

It is believed that OccupyGhaan engaged in a lot of public discussion on the Abu Ramadan case.