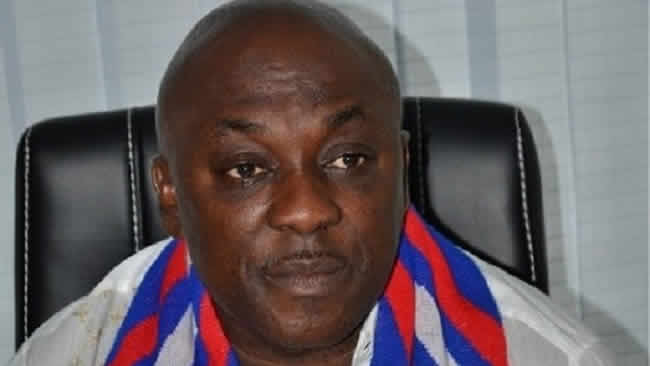 Pressure group, OccupyGhana has called on the Ghana Police Service to immediately probe the actions of Mr. Carlos Kingsley Ahenkorah, who having tested positive of the novel coronavirus (COVID-19) disease, went to some registration centres in the Tema West constituency, to monitor the exercise.

Should he be found guilty to have breached the social distancing protocols in the fight against the coronavirus, the pressure group wants him arrested and prosecuted?

They also want the New Patriotic Party (NPP), a political party which Mr. Ahenkorah is a member of, to withdraw him as their candidate for the upcoming parliamentary elections.

Ahenkorah, who is the Member of Parliament (MP) for Tema West and a deputy Minister of Trade & Industry, was in the news on Thursday, July 2, 2020, confirming that he had visited some registration centres in his constituency in the ongoing voter registration exercise despite being tested positive for the coronavirus.

He had earlier confirmed in a write-up he authored that he was admitted at the Korle Bu Teaching Hospital last week Thursday but was discharged the next morning after his condition improved.

The Tema West lawmaker also confirmed that he was diagnosed of COVID-19 on June 23, 2020, and was asked to self-isolate.

However, he decided to visit several registration centres after knowing his status that he was asymptomatic.

His write-up was in response to reports that he had been admitted at the Intensive Care Unit (ICU) of Korle Bu Teaching Hospital together with the 2020 Campaign Manager of the NPP, Peter Mac Manu, after testing positive of COVID-19.

His actions angered many people with some resorting to social media to demand for his head. The President of the Republic, Nana Addo Dankwa Akufo-Addo, having been notified about the action of the Tema West legislator, demanded that he resigns or be fired.

Ahenkorah on Friday, July 3, 2020, tendered in his resignation letter for breaching the social distancing protocols which was has been accepted by the President.

But OccupyGhana having assessed the actions of the deputy Minister of Trade & Industry believes that his resignation from office is not enough, demanding for a further probe.

“As a minister of state of a government that is battling hard against this pandemic, he has shown a remarkable lack of good sense on the social and physical distancing that is required by law, on the pain of criminal prosecution. His actions show gross disrespect to the pronouncements of the President concerning keeping the populace safe, and his behavior makes a mockery of any enactments government has made in the fight against the coronavirus”, a statement from the pressure group in part read.

It added “This is especially worrying in the wake of the political primaries, which in the main, also ignored the law and common sense of social and physical distancing, and the obvious struggle of the Electoral Commission to enforce these rules in the ongoing voter registration. We fear that the combination of these events, and the irresponsible conduct of government officials such as Mr. Ahenkorah, will lead to an increase in infections and possibly, deaths. These are the reasons why we find the deputy Minister’s conduct despicable, outrageous and selfish. This conduct and his defensive nonchalance are not befitting of a person occupying the high offices of a deputy Minister. If no steps are not taken against Mr. Ahenkorah, it will cast the government as not just being hypocritical, but as being incapable of keeping the citizenry safe and incompetent to enforce laws it has made. Many have been taken to task for doing way less than Mr. Ahenkorah has done, including not wearing a mask while driving alone”.