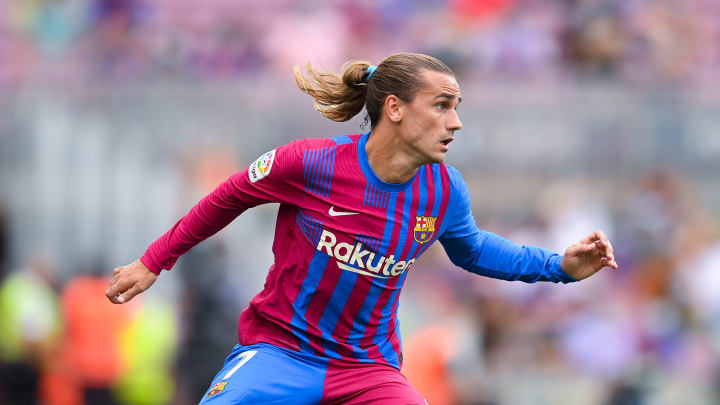 Departing striker Antoine Griezmann penned a farewell message as he prepares to move back to the Wanda Metropolitano.

In his message to the fans, the Frenchman thanked the fans for their support and said that he gave it his all in the infamous Garnet and blue of Barcelona.

“Dear Culers. I want to thank you all for your support. I gave it all for this shirt, I stayed committed to this great club, and I leave sad because I will not be able to enjoy your support from the stands any longer. However, I am proud to have been one of yours.”

On deadline day in the transfer window, Barcelona and Atletico Madrid accelerated talks with regard to the Frenchman. It was a race against time, and the matter went right to the wire.

The final documentation was presented at the La Liga offices just minutes before the deadline. At the end of the dramatic episode, the move was officially announced by the clubs last night.

Griezmann now moves on to La Liga champions Atletico Madrid on a year-long loan with an obligation to buy the player for €40 million. Luuk de Jong of Sevilla on the other hand will be a new Barcelona player after Ronald Koeman’s request to sign a forward.

In his two years at Barcelona, Griezmann never seemed to get into his highest gear. He struggled to find a niche in the team.

At the end of last season, it finally seemed like he had found his footing. The player was expected to step up after Lionel Messi’s departure and lead the Blaugrana attack.

However, Griezmann had poor performances in the opening games of the League, which also led to him being booed by the fans. That, in part, could be the reason the player was open to a final day move back to Los Rojiblancos.