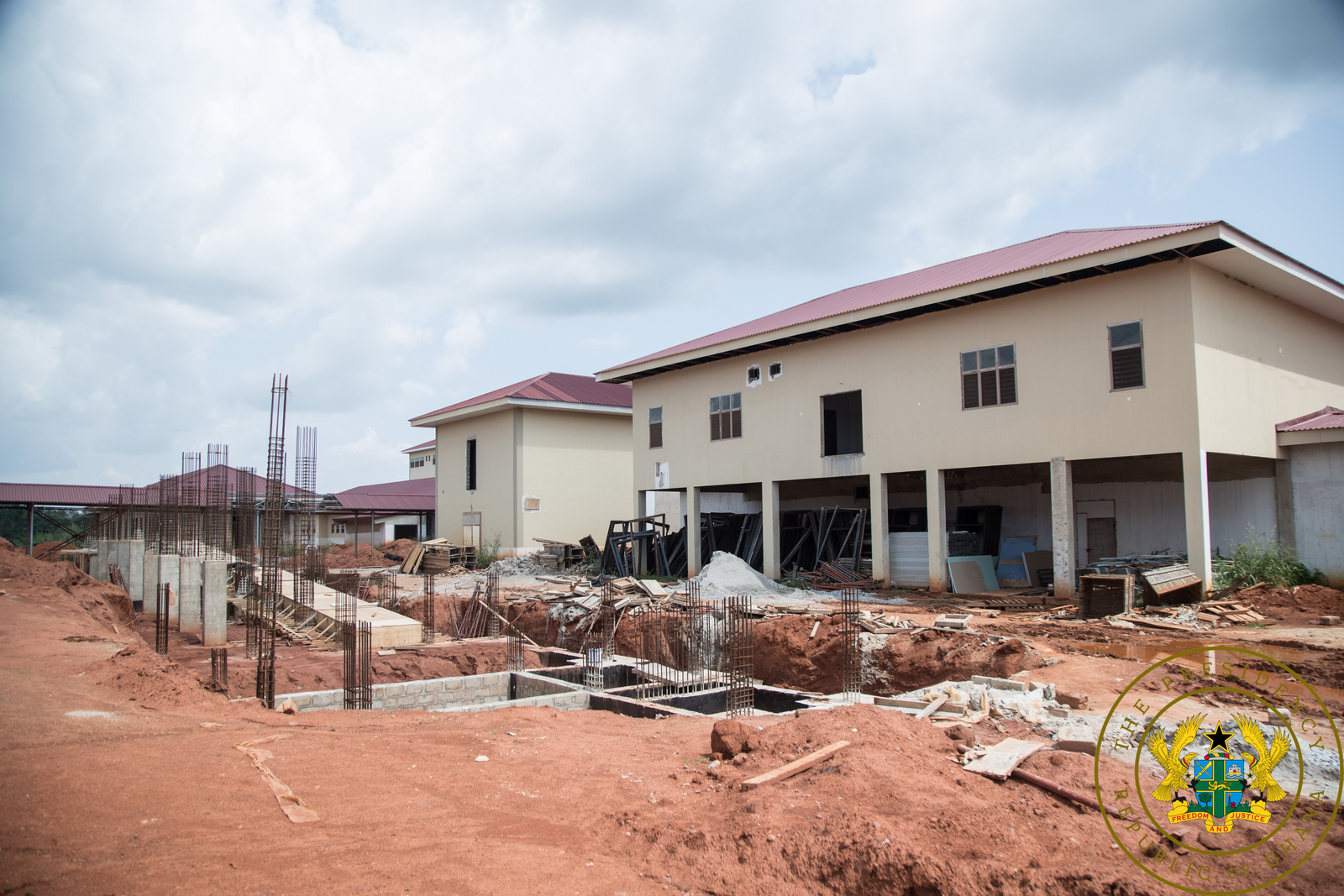 The President’s first point of call on day one of his 3-day working visit of the Ashanti Region was the Kumasi Airport.

It will be recalled that on June 6, 2018, the President cut the sod for work to commence on phase II of the Kumasi Airport Project, where he explained that “the expansion of this airport is a critical part of government’s vision to expand the frontiers of the aviation industry in the country, and to realise the dream of making Ghana an aviation hub in West Africa.”

The project encompasses the extension of the current length of the runway by 319 metres, i.e. from 1,981 metres to 2,300 metres; construction of a new terminal building, with the capacity to handle one million passengers per year; construction of an apron area and related taxiway; and the undertaking of ancillary works.

The project coordinator told President Akufo-Addo that permanent works on the terminal building are progressing steadily, and the installation of the steel superstructure has also progressed as scheduled.

Pavement works for access road construction, he added, are in progress, together with the construction of storm drains network in the terminal area, with the revised completion date for the project being August 2021.

The President also visited the site of the construction of the 500-bed Military Hospital at Afari, in Atwima Nwabiagya South constituency.

Parliamentary approval for the project was given on November 13, 2008. Eight (8) years later, in December 2016, the related Tax Exemptions and other imports including those for import duties, VAT, NHIL, ECOWAS Levy, withholding tax, fees and charges on onshore and offshore purchases of specific project materials and equipment were eventually approved by Parliament, with concurrence letter from the Ministry of Finance in January 2017 paving the way for the project to commence.

President Akufo-Addo received the assurance of the CEO of Euroget de Invest, contractors for the project that the 500-bed military hospital will be completed by December this year.