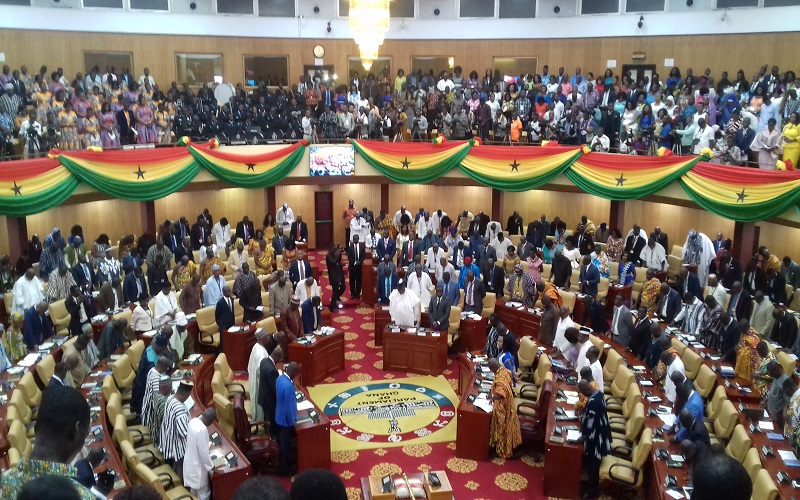 The President of the Republic of Ghana, Nana Addo Dankwa Akufo-Addo, has moved to calm nerves down by increasing budgetary allocations for the Parliamentary Service, Parliament, Judicial Service and the Judiciary.

Hitherto the consideration of budgetary allocations to the two arms of government, the President had slashed estimates meant for the smooth running of the two institutions much to the displeasure of the Speaker of Parliament, Rt. Hon. Alban Sumana Kingsford Bagbin.

Estimates on expenditure as requested by the Parliamentary Service and Parliament was slashed by GH₵190,846,911 while that of the Judicial Service and Judiciary was reduced by GH₵77,482,911.

The Parliamentary Service and Parliament had requested for a budgetary allocation of GH₵533million while that of the Judicial Service and the Judiciary tabled in a request for GH₵470million.

At a sitting on Wednesday, March 24, 2021, the two institutions heaved a sigh of relief as their estimates on expenditure were increased to an appreciable level even though the Executive did not grant their request in full.

In a new correspondence to the Speaker by President Akufo-Addo himself, estimates on expenditure for both legislature and judiciary were increased by GH₵180million and GH₵33million respectively.

Speaker, Rt. Hon. Alban Bagbin, has consequently directed the Special Budget Committee and other Committees concerned to consider the estimates for approval.