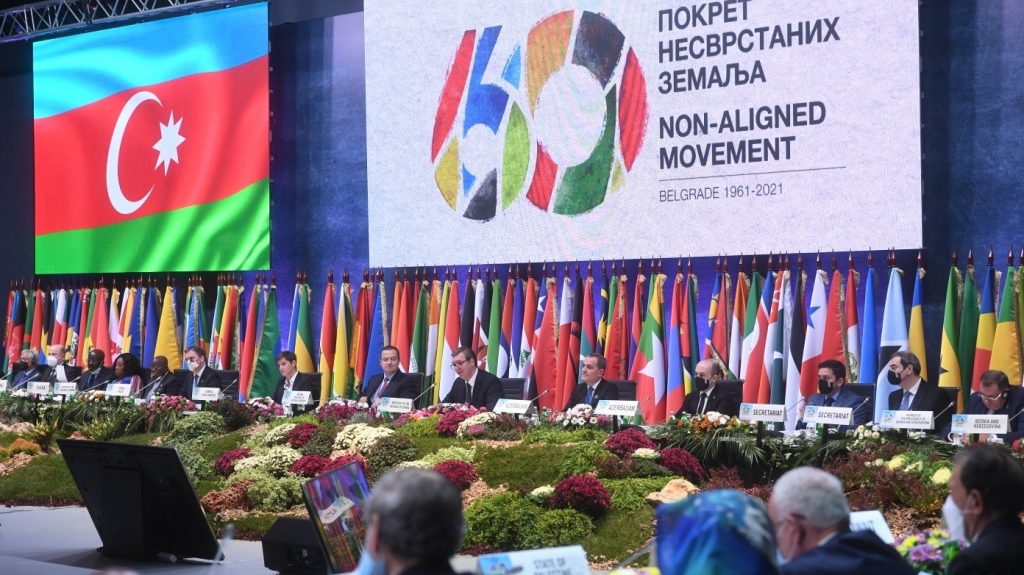 The President of the Republic, Nana Addo Dankwa Akufo-Addo, left Ghana on Sunday, October 10, 2021, to lead the Ghanaian delegation to attend the 60th anniversary ceremony of the founding of the Non-Aligned Movement (NAM), which is being held in Belgrade, Serbia.

The Non-Aligned Movement is a forum of one hundred and twenty (120) developing states that are not formally aligned with any major power bloc.

After the United Nations (UN), it is the largest grouping of states worldwide. Ghana’s first President, President Kwame Nkrumah, was one of the five historic founding fathers of the Movement, together with Prime Minister Jawaharlal Nehru of India, President Ahmed Sukarno of Indonesia, President Gamel Abdel Nasser of Egypt, and President Josip Broz Tito of the then Yugoslavia, who launched the Movement in Belgrade.

The Government of Serbia is organising a commemorative event in Belgrade on 11th and 12th October to mark the 60th anniversary of the first NAM Conference in Belgrade.

Whilst attending the Conference, President Akufo-Addo will deliver a statement on the floor reaffirming Ghana’s commitment to the principles of the Movement.

The President will hold bilateral talks with his Serbian counterpart, His Excellency Aleksandar Vučić, aimed at strengthening the ties of co-operation between the two countries. He is also expected to meet the Prime Minister of Algeria and the Foreign Minister of Saudi Arabia, on the sidelines of the Conference, to discuss matters of mutual interest.

The President was accompanied by the Minister for Foreign Affairs, Hon. Shirley Ayorkor Botchwey; the daughter of Ghana’s first President, Hon. Samia Nkrumah, the former Member of Parliament for Jomoro and former Chairperson of the Convention People’s Party; and officials of the Presidency and Foreign Ministry.

The President will return to Ghana on Tuesday, 12th October, 2021. In his absence, the Vice President, Alhaji Dr Mahamudu Bawumia, shall, in accordance with Article 60(8) of the Constitution, act in his stead.