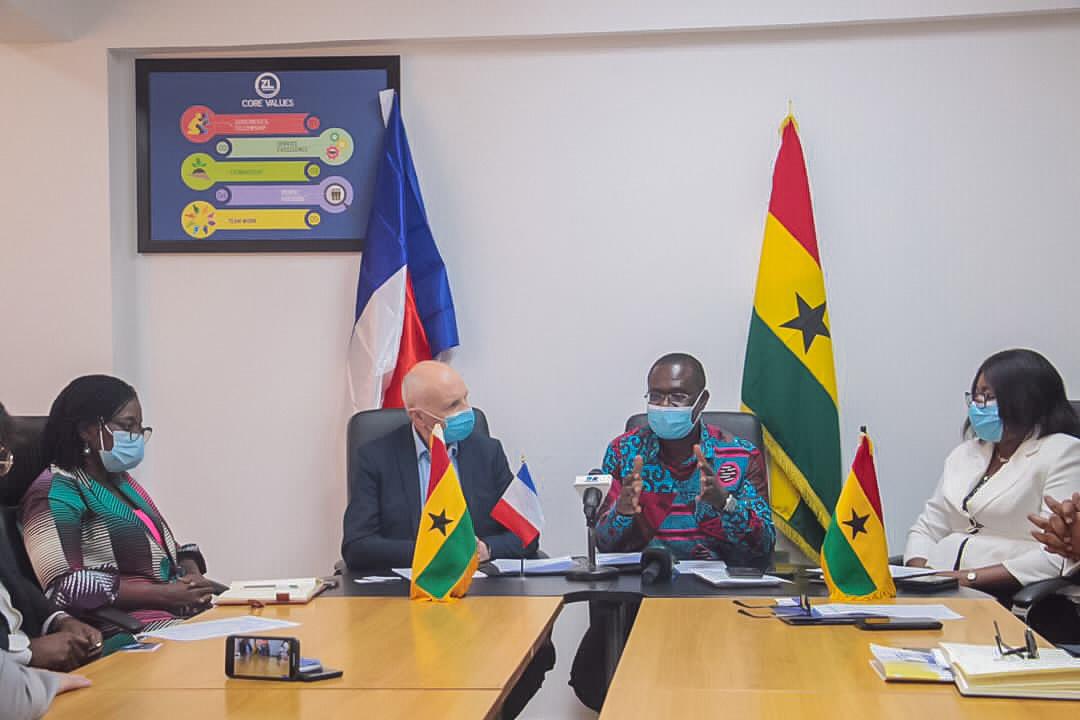 The Accra Sewerages Systems Ghana Limited is set to expand and upgrade its liquid waste treatment plant and technologies to treat more liquid waste within Accra and its environs.

The expansion project which is going to be undertaken by EMO, an environmental technology company based in France, will help increase the capacity of the plant to treat it’s current capacity of 2000 to 3500 cubic meters of liquid waste per day.

An additional technology which will be added will help sieve out other solid waste which are normally found in the liquid waste that are brought to the facility.

At a brief ceremony to sign the agreement to begin works on the expansion, the Executive Chairman of the Jospong Group of Companies, Dr. Joseph Siaw Agyepong, tasked the contractor to build and install a robust technology as promised to help solve the unique composition of Ghana’s liquid waste.

He said issues of sanitation is a priority in Ghana, hence, the need to frequently expand and upgrade technologies to meet the increasing disposal of liquid waste in Accra.

He revealed that similar works in Western, Tema and Tamale regions have began and the capacities to be built will help receive all manner of liquid waste and prevent indiscriminate dumping of wastewater which is a health hazard.

He tasked the contractor to roll out a local content capacity building where staff will be trained in the design and maintenance of the technology to help transfer knowledge to Ghanaians who will be managing the new plant.

The Chief Executive Officer of EMO, Phillippe Hardouin, who co- signed the agreement stated that such a partnership with the Jospong Group is the first of its kind that a French technology will be used in Ghana to treat liquid waste.

He emphasized that the plant to be built is robust and specially designed by top notch engineers to help solve the problem of solid waste mixed together with the liquid waste and the increased generation of waste water.

He said the Executive Chairman’s request to train local staff has been considered and will help to properly maintain the plant when installed.

Mr. Hardouin said the technology to be used has never existed anywhere in the world and its uniqueness will bring more investment opportunities in the country.

The Managing Director of Sewerages Systems Ghana Limited, Ing. (Mrs) Florence Cobbold, who signed on behalf of the Jospong Group said the new plant will expand the company’s operations to receive over 350 cesspit trucks per day which is a huge leap from the previous capacity of 200 trucks per day.

She said the expansion is to contain all liquid waste brought to the facility and prevent instances where people will begin to dump at unauthorized places which is due to long queues at the plant.

Mrs. Cobbold indicated the new plant will be able to sieve out other components of the waste that are brought to the facility such as used condoms, sanitary pads, diapers among other solids.

She was optimistic that the new project will bring alot of relief to the current handlers of the plant as the automation of the new plant will bring excitement among staff and increase productivity.

Sewerages Systems Ghana Limited is the game changer in Ghana’s fight against improper disposal of liquid waste and helped solve Ghana’s 100 year problem of dumping liquid waste into the sea.

Since the establishment of the plant in 2012, it has built similar plants in Adjen Kotoku, James Town, Kumasi and other communities in Ghana.

The plant was featured on CNN’s innovative cities as a project which is helping turn human waste into green energy.