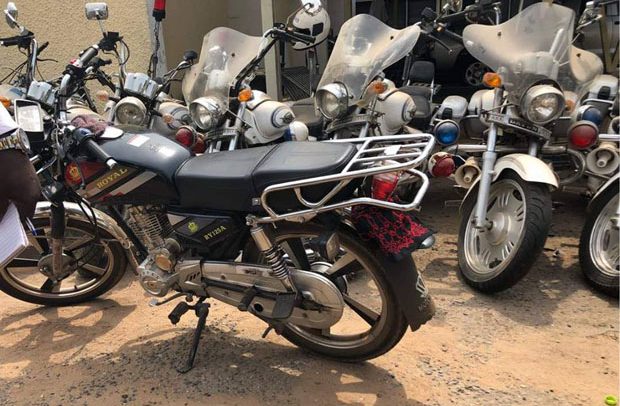 The Police in Ashanti Region has warned of a new trend of robbing in the Kumasi Metropolis and are urging residents to be vigilant and look out for possible signs anytime they go out to transact business with any of the financial institutions.

According to the Police, robbers in the Kumasi Metropolis have now resorted to tracing their victims who go to the banks or any of the financial institutions to withdraw money and in the process rob them of their money and other valuables.

“The suspects often targets people who have gone to withdraw cash from the bank. The suspects lurk around bank premises and use motorbikes to trail unsuspecting victims and then rob them off their money at the least opportune time”, a statement released by the Police in part read.

Worried about the new trend, they have sent “a strong warning to those behind this crime to put a stop to it because they will be dealt with ruthlessly when arrested”. 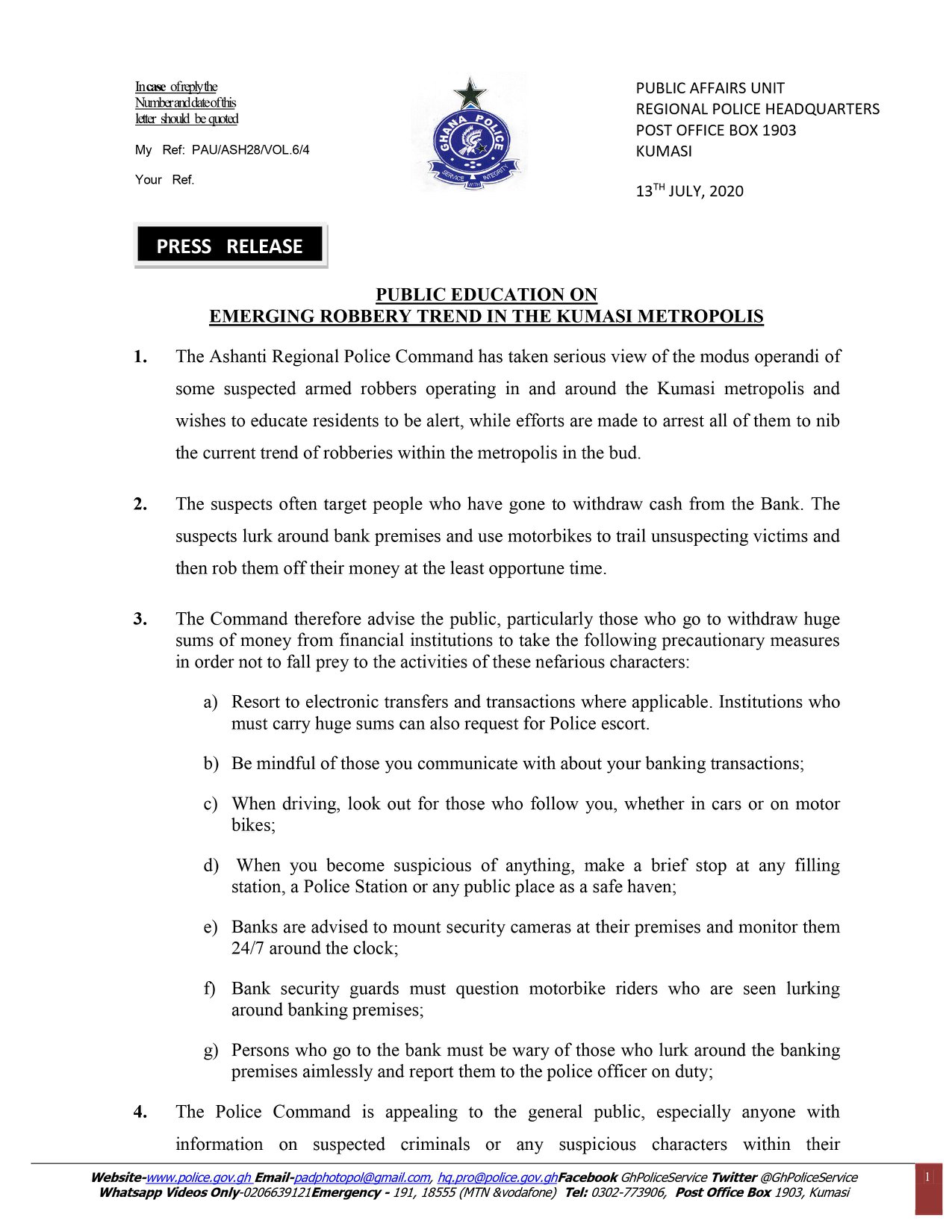 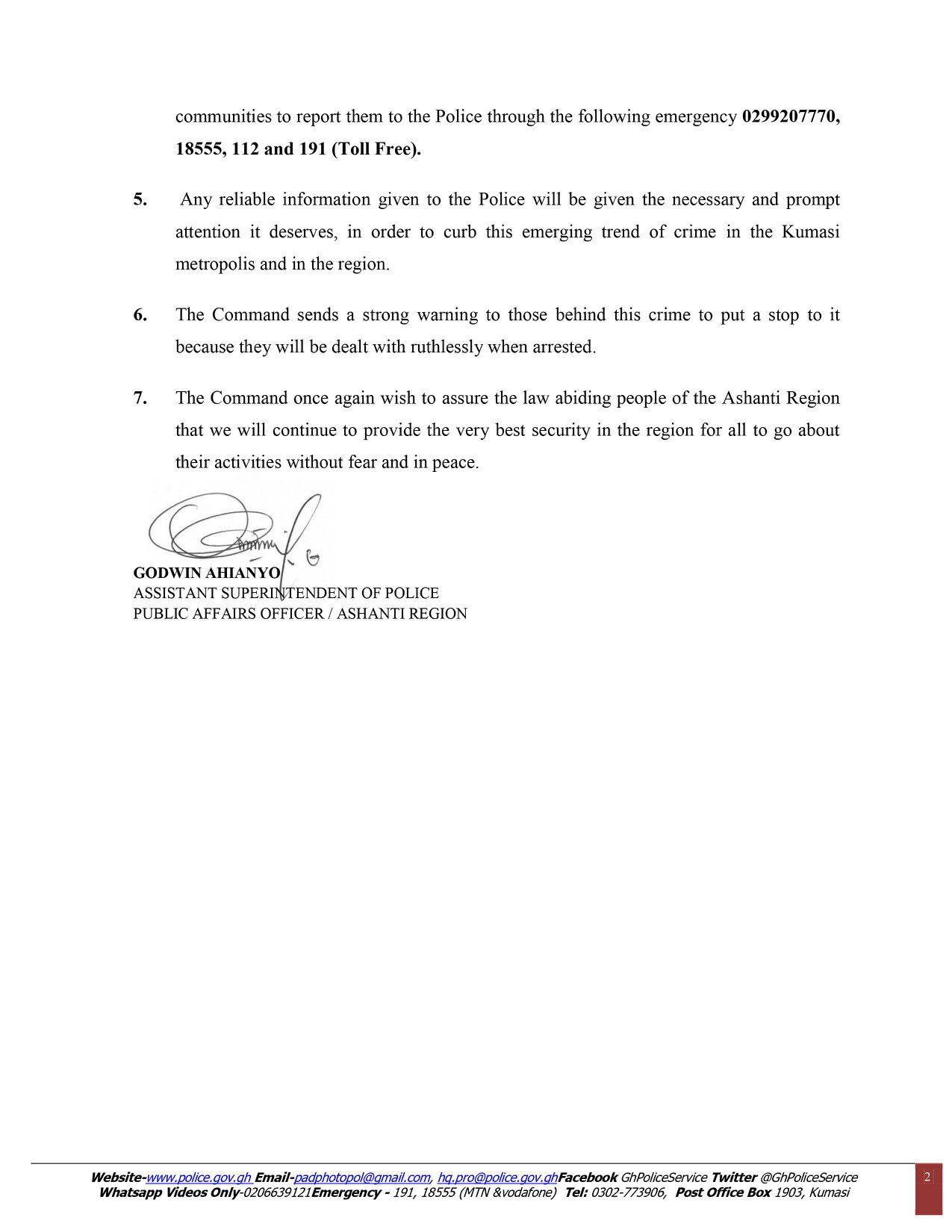