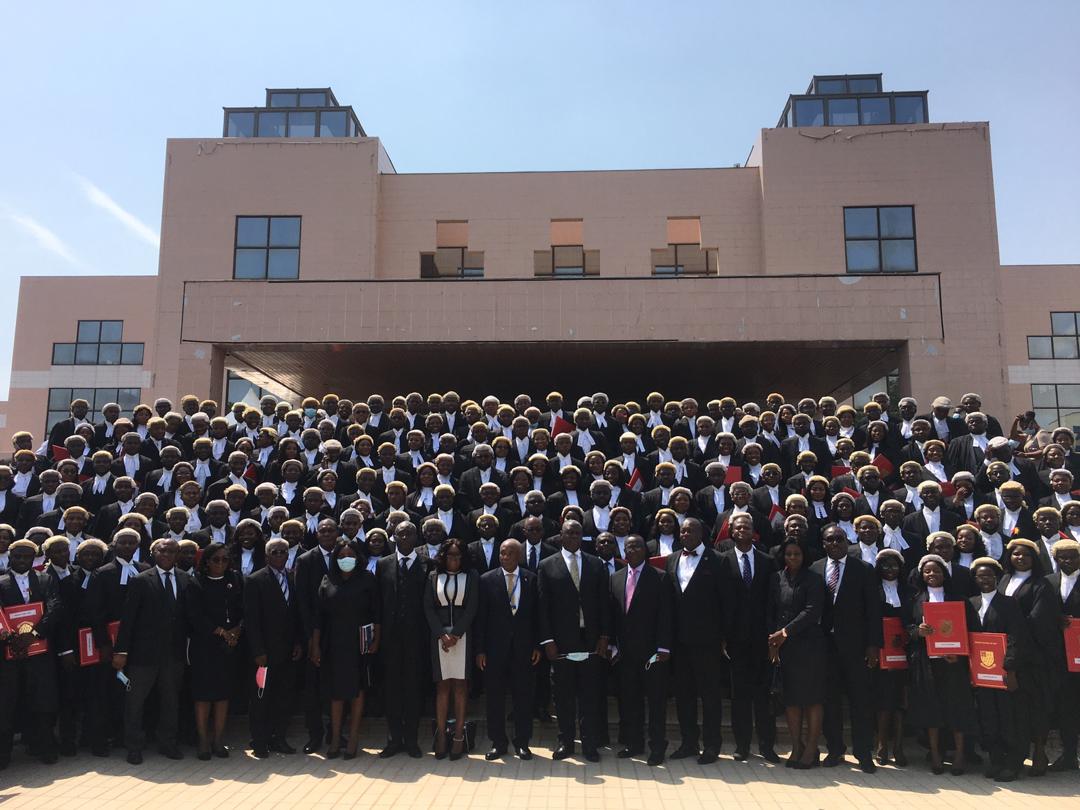 A total of 424 new lawyers have been called to the Bar to commence the legal profession after a short ceremony organized by the General Legal Council (GLC) in Accra.

The new lawyers by this ceremony, have been certified by the GLC to begin their legal profession in the country.

The 424 newly trained lawyers are being called to the Bar, at the 57th anniversary in the history of the enrolment on the roll of lawyers.

Per the practice, the GLC annually convenes a formal meeting to enroll and call to the Ghana Bar, candidates who have successfully passed their professional law examination organised by the Ghana School of Law, after certifying their results.

The GLC as part of its functions is also to maintain the legal professional standards and discipline among legal practitioners through the Disciplinary Committee which sits on the last Thursday of every month except during legal vacation.