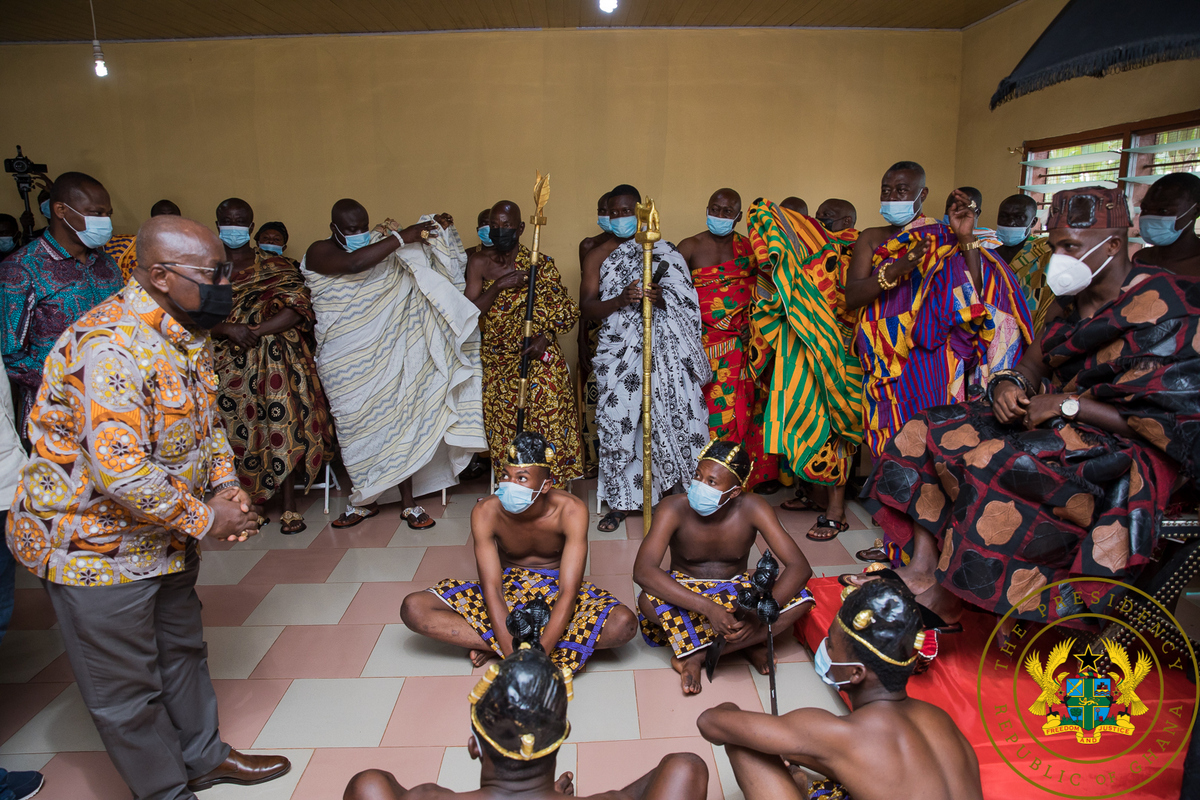 The Nkoranza Chief made this known on Monday, 8th August 2021, when the President of the Republic paid a courtesy call on him at his palace, as part of his 2-day working visit to the Bono East region.

According to Nana Kwame Baffoe IV, the decision to decentralize state institutions beyond the regional capital, resulting in the establishment of the Regional Education Directorate in Nkoranza and the Health Directorate in Kintampo, all under the Nkoranza Traditional area, remains the single most well-thought through idea to equitably develop every part of the country.

In the health sector, the Chief was grateful for the inclusion of Nkoranza North as a beneficiary district in Agenda 111.

He also expressed his appreciation to Government for the construction of a new nurses’ quarters in Tumiebu, a Maternity Block at Dromankese, and the provision of an ambulance for Nkoranza.

On roads, Nana Kwame Baffoe IV thanked the President for the commencement of phase 2 works on the Jema Nkwanta-Asekye road, which, when completed, will shed off some three (3) hours off normal trips between the North, Bono East and Ashanti regions, and also for steady progress of work on the Yefri, Boana and the Tanoboase road that links Nkoranza.

On agriculture, which is the main stay of the people in the area, he said the new warehouses at Yefri and Donkro Nkwanta will eliminate post-harvest losses, adding that the supply of 100,000 cashew seedlings yearly to tree crop farmers was a welcome initiative.

President Akufo-Addo, prior to his visit to the palace of the Nkoranza Paramount Chief, also paid a courtesy call on the Omanhene of Techiman, Oseadeayo Ameyaw Akumfi IV, and inspected ongoing work on an 18-unit classroom block for the Techiman Senior High School.