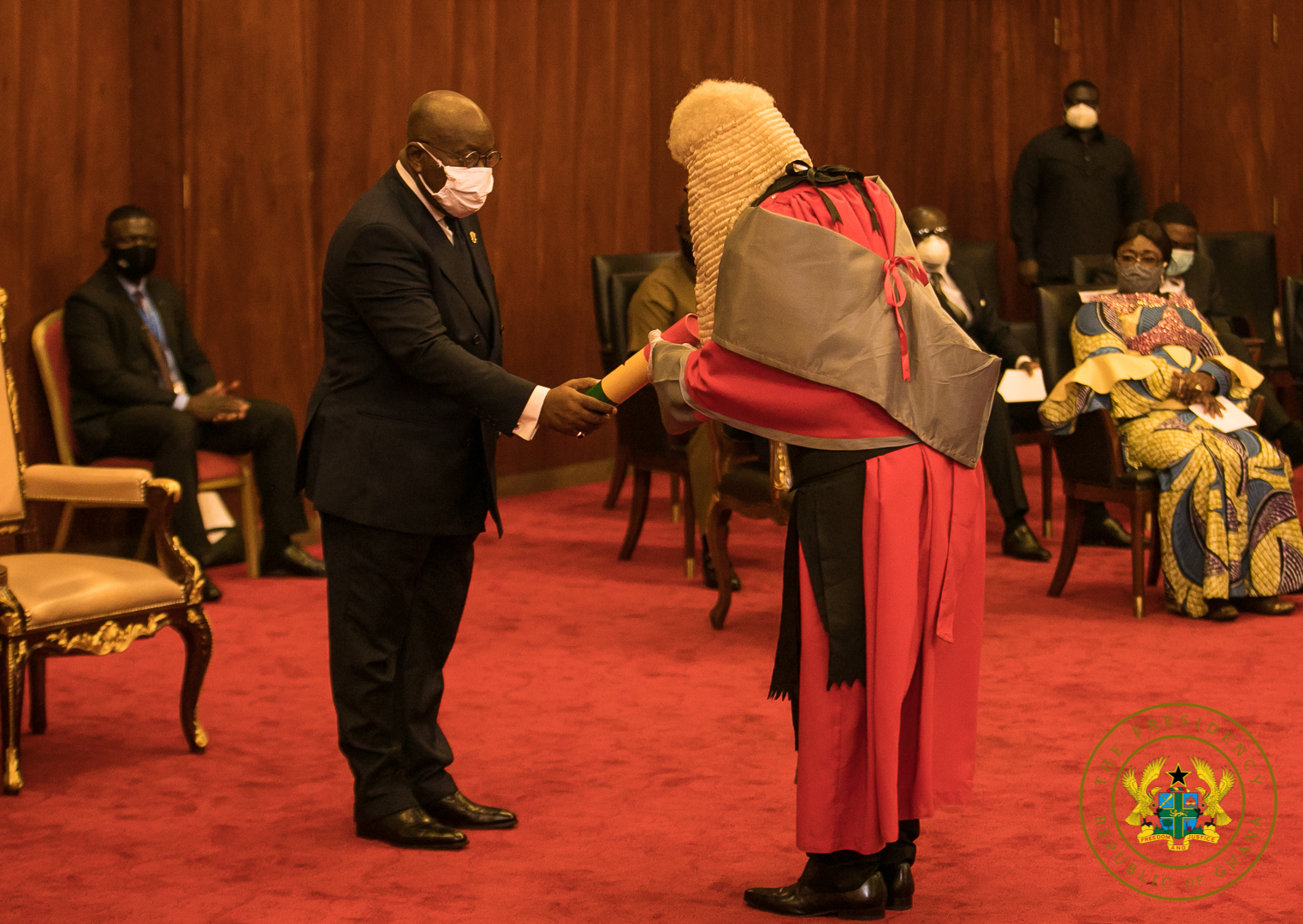 The President of the Republic, Nana Addo Dankwa Akufo-Addo, on Friday, 22nd May 2020, swore into office, Justice Clemence Jackson Honyenuga, at Jubilee House, the seat of the nation’s presidency.

In doing so, President Akufo-Addo noted that he had met the stringent requirements of Article 128 clause (4) of the Constitution, and has demonstrated the independence of spirit, proven integrity, high moral character, and impartiality of mind to hold this high office.

According to the President, “your track record, over the last thirty-nine (39) years, speaks for itself – Assistant State Attorney, private legal practitioner, Judge Advocate of the Ghana Navy, Justice of the High Court, Additional High Court Judge sitting on civil matters, narcotics, robbery, and other violent crimes, Director of the Remand Prisoners Project, and long-serving Justice of the Court of Appeal.”

He continued, “Your appointment to the highest court of the land is, thus, truly well-deserved and merited. The post-1966 Supreme Court has developed a positive reputation for the quality of its constitutional jurisprudence, and I am hopeful that you, who have already had good experience of high judicial office in the Court of Appeal, will help strengthen the development of our nation’s constitutional and other jurisprudence in the Supreme Court.

President Akufo-Addo urged Justice Honyenuga to make sure that when anyone falls foul of the law, the law enforcement agencies, including the Judiciary, must ensure the person is dealt with in accordance with law.

That, he explained, is the true meaning of the concept of equality before the law.