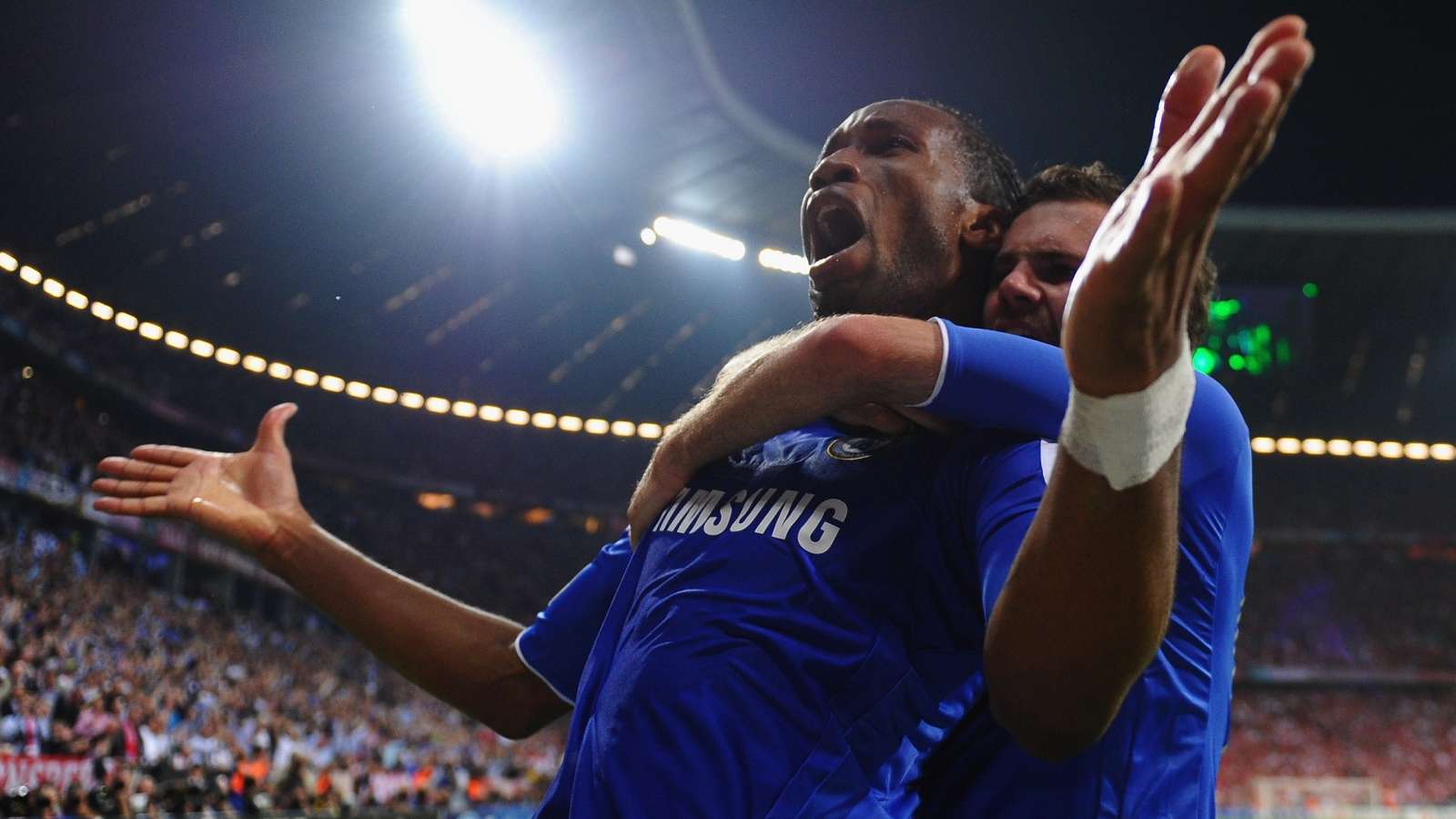 The Blues icon headed home the Spaniard’s corner in the dying moments to save his side at the Allianz Arena.

Didier Drogba has revealed how he thought Juan Mata would be the key in winning Chelsea the Champions League in 2012 – months before the Spaniard assisted his dramatic late equaliser in the final.

Enduring a difficult league season in which manager Andre Villas-Boas was sacked in March, Chelsea triumphed against all odds, beating Bayern Munich on penalties in the final.

On the eighth anniversary of the Blues’ greatest night, Drogba told the story of their victory in a Twitter thread.

He wrote: “Eight years ago, the manager had been sacked by the club and we, the players had a team meeting where we recognised being partly responsible for his [Villas-Boas’] departure. The captain John Terry spoke, Frank Lampard, Petr Cech and other leaders in the group too.

“We decided to all give this competition everything, despite our defeat against Napoli [3-1 in the quarter-finals]. We had been chasing this trophy for eight years and couldn’t do better than runner-up. Everyone agreed to put egos aside and challenge each other for the same goal.

“After that meeting I asked a young 23-year-old Juan Mata, ‘Please maestro, help me win the Champions League’.

“He looked at my like “Man, you’re crazy, you’re Didier Drogba, you are gonna help me win it. I then told him I’ve been here for eight years and never won it, so I believe you’re the one who’s gonna help us win. I’ll even give you a present if we win it, that was the end of February.

“Three months later, we were in Munich, in the final, in their stadium, submerged with a red wave. The hosts took the lead with eight minutes to go and on my way to kick the ball for the last eight minutes I was so discouraged.

“The young man said to me, ‘Believe Didi, you have to believe’. Almost in tears I answered after looking at the time, ‘Believe in what? It’s almost over’. I’m gonna cry like a few months ago when I lost the [Africa Cup of Nations] final with Cote d’Ivoire.

“Last minute, last corner, I mean first corner for us against eighteen for Bayern Munich. Guess who took that corner kick… Juan Mata. The rest is history. The lesson is ALWAYS BELIEVE!!!!”

Drogba finished the thread with a picture of the commemorative ring he gifted to each of his team-mates after the final.

Unfortunately, not all of the Chelsea squad enjoyed their post-match celebrations. Goalkeeper Petr Cech revealed he had missed the celebrations as he had to take the obligatory random doping test.