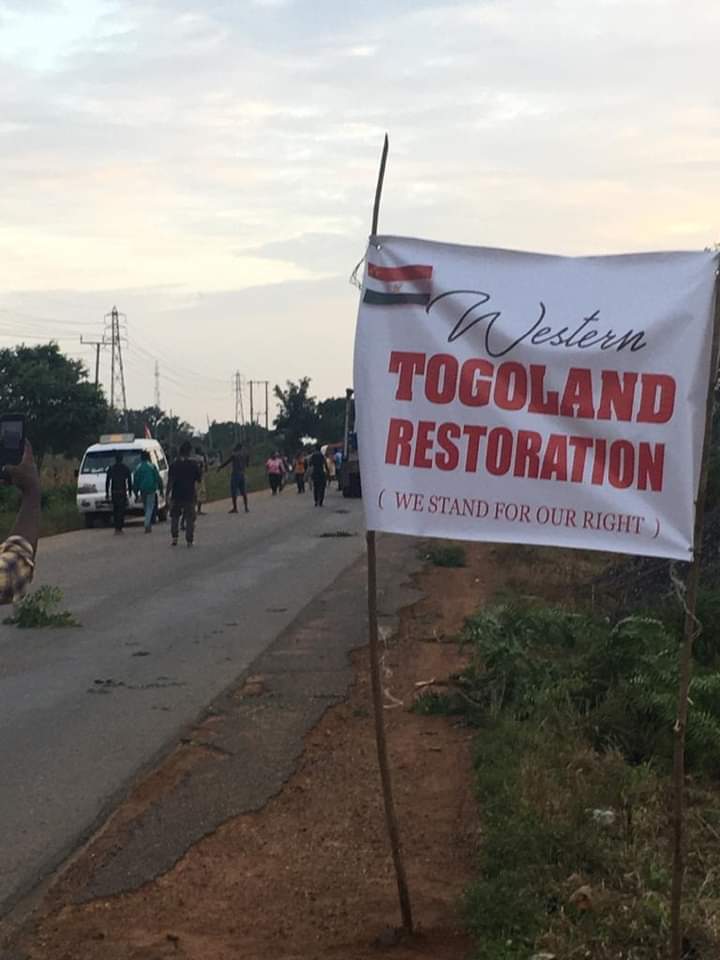 A group suspected to be members of the secessionist group, Homeland Study Foundation, also known as Western Togoland, have blocked some major routes that serve as entry points to the Volta Region and in the process, causing huge traffic jam and left passengers stranded.

However, the military from Michel Camp, www.politicoghana.com understands, has taken over the situation to ease the standoff.

The Ghana Police Service, aware of the situation in a tweet, announced and cautioned commuters plying those stretches of roadnetworks about the situation.

“Good morning Ghana, commuters to and from Accra – Ho – Aveyime – Adidome – Mepe – Akuse – Aflao are likely to experience traffic due to security operations within those areas. Anybody travelling on any of these roads should exercise caution”, the tweet by the Ghana Police Service noted.

The move by the secessionist group comes on the heels of similar situation where they mounted signposts with the inscription ‘Welcome to Western Togoland, Stay Safe’ at Akorley and Akuse in the Eastern Region.