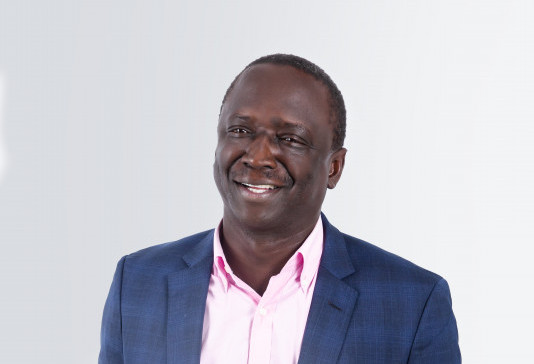 Webb Fontaine today announced that Alioune Ciss has been appointed as the new CEO, effective 1st January 2021. He succeeds Didier Reymond who has successfully led the company since 2016.

Alioune Ciss has held the position of Executive Director of Sales and has been instrumental in the company’s growth strategy and management of world leading Customs reform digitalisation projects across the globe with key Governmental partners.

“While stepping away from a company and team that I am passionate about is not an easy decision, one of the key responsibilities of a good leader is to strategically decide the right time for the company and pass the reins to the right person to lead.” said Didier Reymond.

“In his career, Alioune Ciss has built a well-deserved reputation in the Trade and Customs field strategically bringing together new technology and ideas to practically implement and change mindsets. I am confident that he will build successfully on the momentum gained over these past few years and lead, define and execute our next phase of growth.”

Having first joined Webb Fontaine in 2015, Alioune Ciss brings to the role extensive experience at the United Nations Conference on Trade and Development where he had been for the last 10 years.

“I am humbled and excited to be Webb Fontaine’s next Chief Executive Officer, working with some of the best minds in the industry. When Governments are facing significant challenges in a time of disruption, we see opportunity in global Trade – assisted by our products offering real transformation through artificial intelligence. Webb Fontaine has made significant investments in all technologies and we are ready to unleash new value for all; Perfectly positioning us to partner with Governments across the world to modernise their processes and systems.” said Alioune Ciss

As Alioune Ciss moves to CEO, Samy Zayani has been appointed Executive Director of Sales and will support the company on its aggressive growth strategy across the world.

Samy Zayani, who joined Webb Fontaine in 2012, has played a significant role in the company’s growth to date. His experience in marketing coupled with sales, is key to the development and expansion of the brand across new markets and regions; In his role managing the development, commercialisation and deployment of industry leading projects worldwide, including key Reform work with Benin, Guinea and the Cote d’Ivoire Government.

Prior to joining Webb Fontaine, Samy Zayani worked at Procter & Gamble, which enabled him to acquire a solid background in marketing and product strategy.