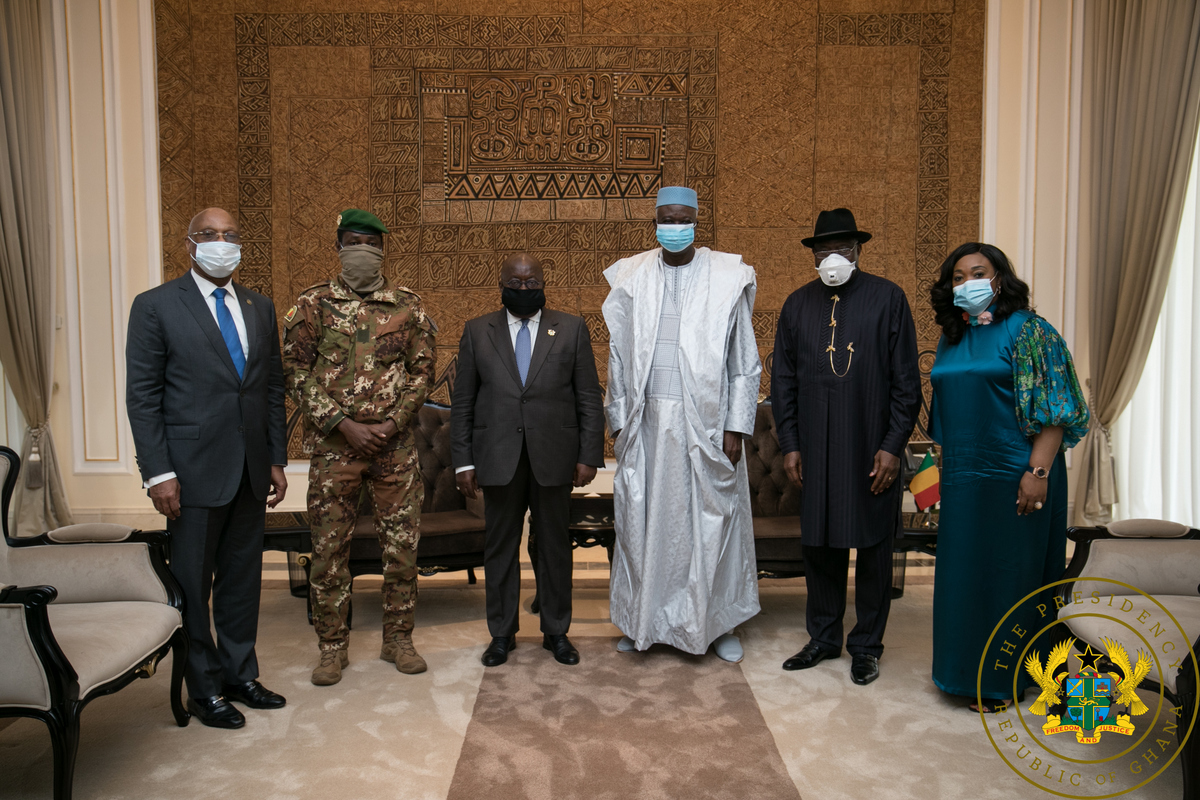 Mali’s transitional President, His Excellency Bah N’daw, has thanked the President of the Republic and Chair of the ECOWAS Authority of Heads of State, Nana Addo Dankwa Akufo-Addo, for the role he has played so far in helping to resolve the political impasse in Mali.

At a meeting held at the Koulouba Palace, the seat of the Malian Presidency, on Sunday, October 11, 2020, President N’daw applauded the decision taken by President Akufo-Addo to convene a meeting to resolve the deadlock in Mali, immediately after his election as ECOWAS Chair.

According to the Interim Malian President, it is as a result of the proactiveness of President Akufo-Addo and the decisions reached at the ‘Peduase Meeting’ of the ECOWAS Authority that resulted in the appointment of an Interim President, a Vice President and a Prime Minister for Mali.

Following this development, the ECOWAS Authority of Heads of State has also lifted the sanctions imposed on Mali in the aftermath of the military takeover, in order to support the handover to civilian rule, and the process of restoring full democracy to Mali.

With the transition expected to last for a period of 18 months, President N’daw indicated to President Akufo-Addo that he has appointed 25 persons to steer the affairs of the country, with the objective of returning the country onto the path of multi-party democracy.

On his part, President Akufo-Addo thanked the leadership of the interim Government of Mali for the welcome accorded him and his delegation, and for their decision to work hand-in-hand with ECOWAS towards returning the country fully to civilian rule.

He assured President N’daw of the unalloyed co-operation of ECOWAS towards the progress and development of Mali, and, ultimately, the enhancement of the standards of the Malian people.

Following this move, a dozen political and military figures arrested during the coup – including former Prime Minister Boubou Cissé – have also been released.