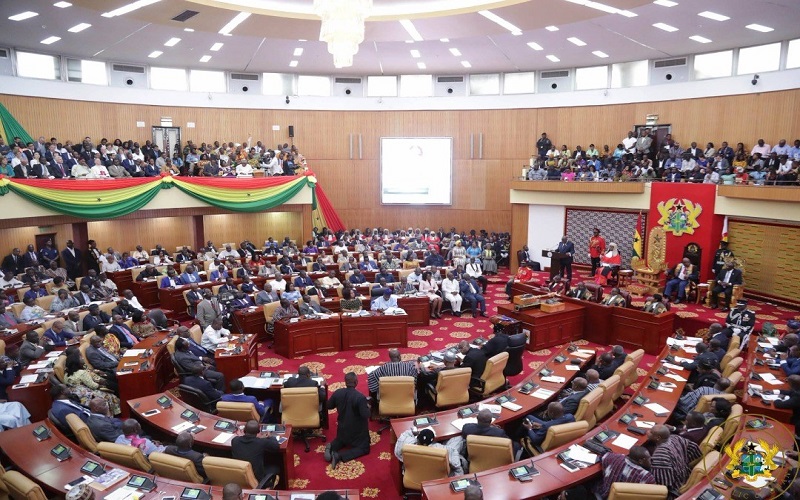 They have also been banned from accessing their offices located in the State Tower Block, popularly known as ‘Job 600’ until they recover and test negative of the virus.

The ban also affects 60 MPs who have so far failed to submit themselves for testing.

They are to submit themselves for testing to know their status before being allowed entry into the precincts of Parliament and access to the chamber and their offices or cease from coming to the legislative house.

The First Deputy Speaker of Parliament, Hon. Joseph Osei Owusu, who gave the directive on behalf of the Speaker, Rt. Hon. Alban Sumana Kingsford Bagbin at a sitting on Wednesday, February 3, 2021, further directed that all carriers of the COVID-19 are to self-isolate by staying at home and seek medical attention.

Commenting on the directive of the Speaker, the Minority Chief Whip and NDC MP for Asewase, Hon. Mohammed Mubarak-Muntaka pleaded with the Speaker to direct the doctors who conducted the COVID-19 test on the MPs to furnish the Chief Whips from both sides of the House with the test results of the exercise to enable them deal with the situation.

He said just a phone to Members informing them about their status is not enough but copies of the test results to the Chief Whips will enable them to ensure that the affected MPs do not have access to Parliament let alone have access to the chamber and their offices until they provide a proof of having been recovered.

The Majority Leader, Hon. Osei Kyei-Mensah-Bonsu, also contributing to the discussion informed the House that eight Members out of the 60 MPs who did not avail themselves for the COVID-19 test have done so, remaining 52.

He said from next week all MPs and staff of the Parliamentary Service who fail to avail themselves for the COVID-19 testing exercise will not be allowed entry into the precincts of Parliament.