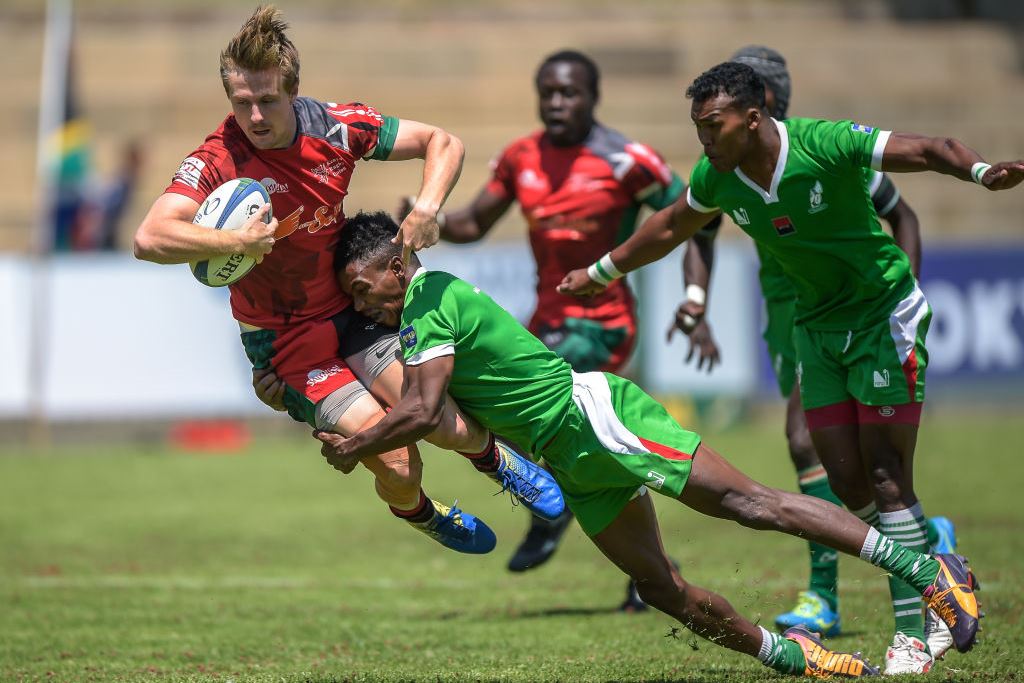 The Rugby Africa (RA) Referee Committee, formally launched at its inaugural meeting in December, was founded to among others, establish an African referee panel, monitor its growth and development, further the development of Africa match officials and monitor the Laws of the Game and playing trends on the continent.

“The Referee Committee is the culmination of close to 10 years of work that RA has done to develop a panel, with the first month-long referee camps held in Stellenbosch in 2013. Thanks to our dedicated partnerships with SARU and the FFR to fast track and promote our referees, this official commission goes one step further in structuring our efforts and to professionalise our competitions management,” explains Nasser Bougja, RA Executive member.

The Committee will not only focus on panel referees, but also place emphasis on advancing women referees – thus developing a network of referee coaches in core countries that act as a feeder system into the Rugby Africa panels.

To this end, Rugby Africa has co-opted distinguished Kenyan referee Peris Mukoko, a RA Unstoppable Ambassador, as their first interim Referee representative. “Peris has a passion for refereeing and brings two perspectives to the Committee: the referees’ perspective and the women’s perspective,” notes panel member and RA Referee Manager Mudiwa Mundawarara.

Mukoko, a former player turned referee, has notched a long list of accolades. A certified World Rugby Educator and Match Officials Coach, she is also a RA Women in Rugby Network Committee Member, and has been an active Level 2 Rugby Referee since 2008.  As Kenya’s first female referee, Mukoko also serves on the Board of the Kenya Rugby Union and, in 2014, was nominated by Confederation of African Rugby as one of the three leading Women Referees in Africa.

“I am humbled by the nomination and excited to get an opportunity to continue to serve the game in another capacity, plus an amazing chance to interact with referees from different unions across Africa. I look forward to learning from and partnering with the committee members in advancing the quality of referring standards across the continent,” enthuses Mukoko.

With distinctly different backgrounds and a complementary vision of strengthening the development of arbitration in Africa, the panel is committed to enhancing referee profiles on the continent.

“Rugby in Africa is progressing at great speed. The coaches have more knowledge about the game and the organisation of it, the players are stronger and have an optimal technical preparation, the leaders better organised, trained, and ambitious, the refereeing and the referees also have their place in this project of a continent that wants to take up the challenge,” says Salem Attalah, representative for French Federation Rugby (FFR).

Though the Covid-19 pandemic has severely impacted the sporting calendar, Rugby Africa has been active in its educational and developmental activities, holding virtual training sessions and numerous online workshops and courses with World Rugby and in partnership with SARU and FFR. These are set to continue this year, with an even greater focus on the development of the RA talent pool, and the continued development of women in rugby.

“The establishment of the Rugby Africa Referee Committee marks a significant step in enhancing the quality of refereeing on the African continent and assisting in the development of new and exciting talent that could feed into the structures in future,” said Jurie Roux, SA Rugby CEO and Secretary of Rugby Africa. “Referees play a vital role in the game of rugby union, and SARU is proud to participate in this initiative and assist in raising the profile of referees in Africa.”