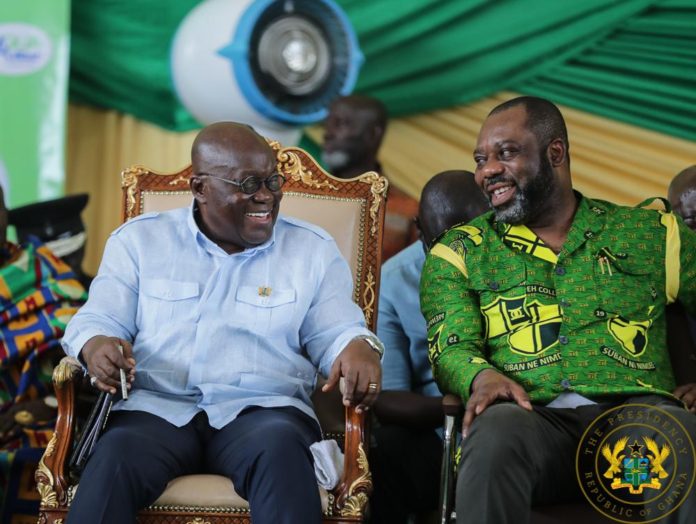 “Even though the acts of indiscipline undertaken by these students are intolerable, acts which have led to their subsequent dismissal from school, President Akufo-Addo is of the firm view that dismissal alone is enough punishment, and will serve as enough deterrent against future acts of indiscipline,” a statement from the presidency and signed by director of communication Eugene Arhin said on Sunday, August 9, 2020.

The statement added: “The President believes that everyone deserves a second chance in life, and is, thus, hopeful that the students will be allowed by the GES to take their final examinations as scheduled. Indeed, all other punishment imposed by the relevant authorities should remain in place.” 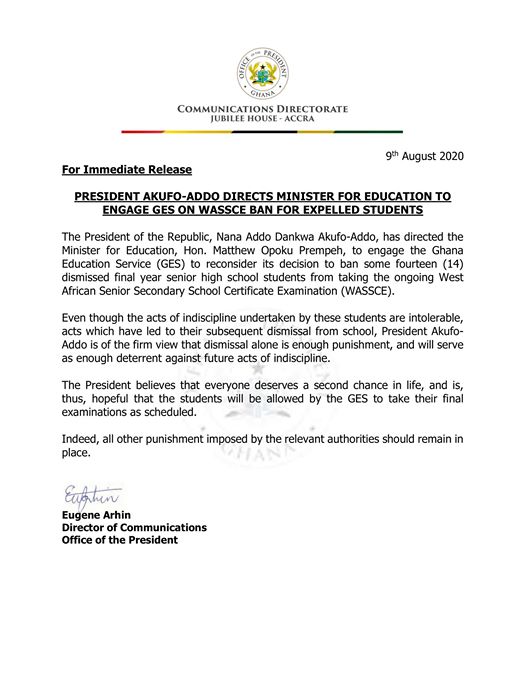