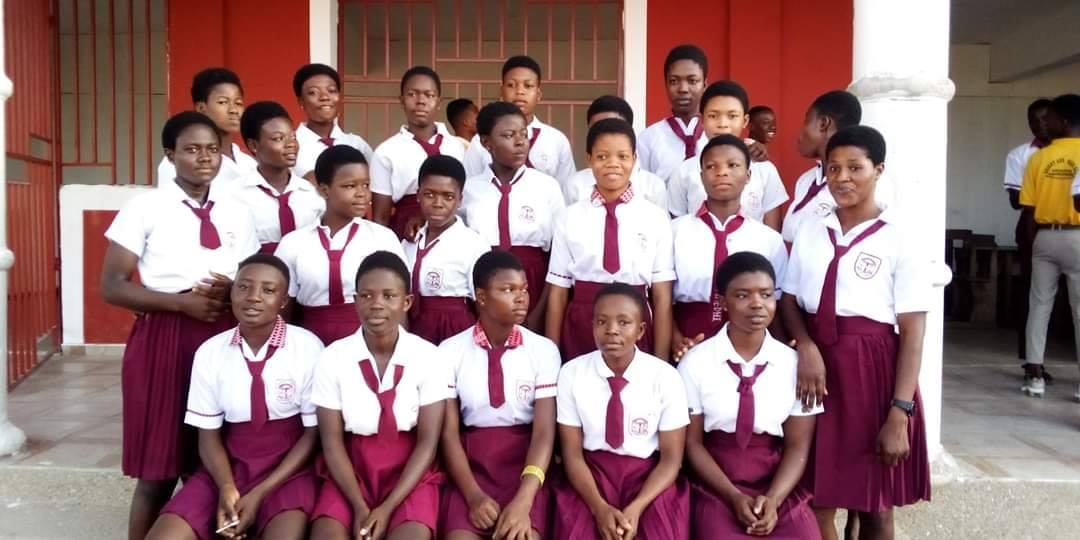 The Okyenhene, Osagyefuo Amoatia Ofori Panin, has called for the immediate closure of the Bright Senior High School, a private institution at Akyem – Kukruantumi in the Abuakwa North Municipality of the Eastern Region over the alleged beatings instigated by the students on the WAEC officials in last week.

The Akyem – Abukwa Traditional Council announced the order of the Okyenhene in a press statement issued and signed by the State Secretary, D.M Ofori Atta copied to the Ministry of Education, Ghana Education Service, West Africa Examination Council, and the Eastern Regional Police Commander also order for an immediate arrest and prosecution of Bright Amponsah, the Proprietor of the School.

According to the Akyem – Abuakwa Traditional, they find the liberal attitude of public authorities on this matter as a radical deviation from a responsible attitude in terms of enforcement of the public policy.

They said “Also to the above, it has been noted that Bright SHS in terms of admission process and curriculum is in violation of all the protocols and regulatory measures of the Ghana Education Service. This point is proven without a doubt”.

According to www.dailyguidenetwork.com report, the Council said it has become evident that 90% of graduands of the Bright SHS drop out of public universities in their first year due to their lack of ability to meet the intellectual and academic demands of tertiary institutions.

The Akyem Abuakwa Traditional Council said they are most concerned with the fact of the abuse and degradation of its young mind, and regrettably is unable to tolerate this situation.

The Council explaining further said their directive decision is in relation as stated above to live up to its customary responsibility to defend the interest of the youth and ensure integrity in public life.

“it is the well-considered opinion of the Akyem Abuakwa Traditional Council to hold up to its responsibility in relation to the affairs of the Bright Senior High School situated at Kukurantumi on the Akyem – Abuakwa land. Particular emphasis is the conduct over the past decade of the proprietor of the school, a certain Bright Amponsah”.

The Traditional Council said, ” they are being provoked by the incident of examination fraud of grave significance in direct relation to the assault of Mr Gyan Mensah and Damolie Emmanuel Pacome, an official of the West African Examination Council and a reporter or the Daily Graphic respectively in their lawful duties to insist on fair conduct of WASSCE examination”.

The Council added that “On humanitarian grounds and fatherly consideration, the Akyem Abuakwa Traditional Council will assist in the rehabilitation of affected students; this is in consideration of their immediate and best interest”

Further, a thorough investigation of the operations of Bright SHS over the last decade with particular concern with its dealings with certain officers of the West African Examination Council WAEC.

Students of Bright Senior High School on last Thursday as reported allegedly attacked officials of the West African Examination Council (WAEC) supervising the on-going WASSCE examination and a journalist in their schools after they clashed with the officials after complaining to the School authorities bitterly about how the external invigilators deployed to the school supervising the examination have been very strict disallowing them to even go out to urinate.

The students say the situation is affecting them psychologically hence unable to write the exams, which forced the headmaster, Bright Amponsah to storm the school and asked the final year students to come out and attack the WAEC officials.

However, the Management of Bright Senior High School has apologized to the public over the conduct of their students for allegedly beating the WAEC Officials and the journalist.

According to the management and the teachers never instructed the students to stop writing the paper and leave the school premises as it was been reported.

Due to that, the West Africa Examination Council (WAEC) has suspended Bright Senior High School as an examination Center following the attack on WAEC officials by candidates as reported being incited by the Principal, Bright Amponsah.

But the Ayem – Abuakwa Traditional Council says that the assault was instigated and ordered under the misdirection of Bright Amponsah, the proprietor of the rogue Bright Senior High School which for over a decade has been engaged in ultra-commercial and profiteering aims which runs against the established interest of the educational policy and integrity of the public examination.

The Traditional Council noted that the above is not an isolated incident; it confirms several reports of the corrupt and exploitative motive of Bright Senior High School.

“Of more importance to this matter and of illustrative and evidential significance is his bribery of certain officers of the West African Examination Council over the past decade, adding that ” this situation is proven by the honesty of Mr Gyan Mensah who decided not bow to the filthy temple of indecency and corruption as they take this matter seriously”.

The Council advised that the results of the exam from the rogue Bright SHS are falsified and also further are reports of sexual abuse, which for the sake of lack of evidence.

The Council emphasized and insisted that, comprehensive auditing of the academic and social situation of Bright SHS by the GES and the police.