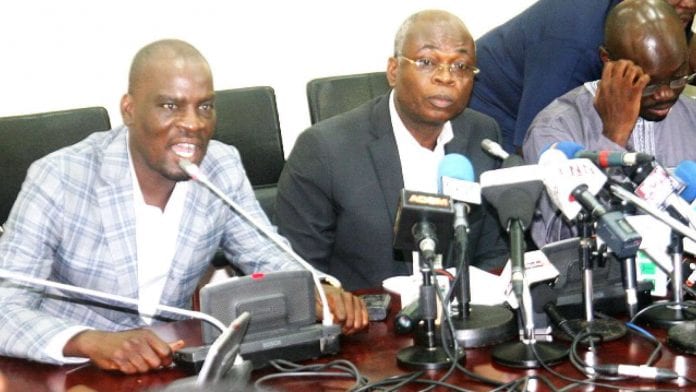 The National Democratic Congress(NDC) Caucus in Parliament is demanding copies of the handing over notes presented to the Administrator-General by President Akufo-Addo’s appointees.

The demand according to the NDC MPs is grounded in the Presidential (Transition) Act, 2012 (Act 845) which enjoins the Administrator-General to make available to the person elected as President the original copies of the handing-over notes, a copy to parliament, the Chief Justice and other institutions.

Addressing the media, the Leader of the NDC caucus, Haruna Iddrisu disclosed parliament does not have copies of the handing over notes. The Tamale South MP stated the notes will assist members of the appointments committee to properly to scrutinize President Akufo-Addo’s new ministers especially those returning to the second term.

The Director of Administration at the Office of the Administrator-General, Alhaji Yakubu Atchulo before the inauguration of President Akufo-Addo presented the handing over notes and other documents to the chairperson of the Transition Committee, Frema Opare.

According to him, the office received documents from a total of 54 Metropolitan, Municipal and Districts Assemblies and Regional Coordinating Councils.