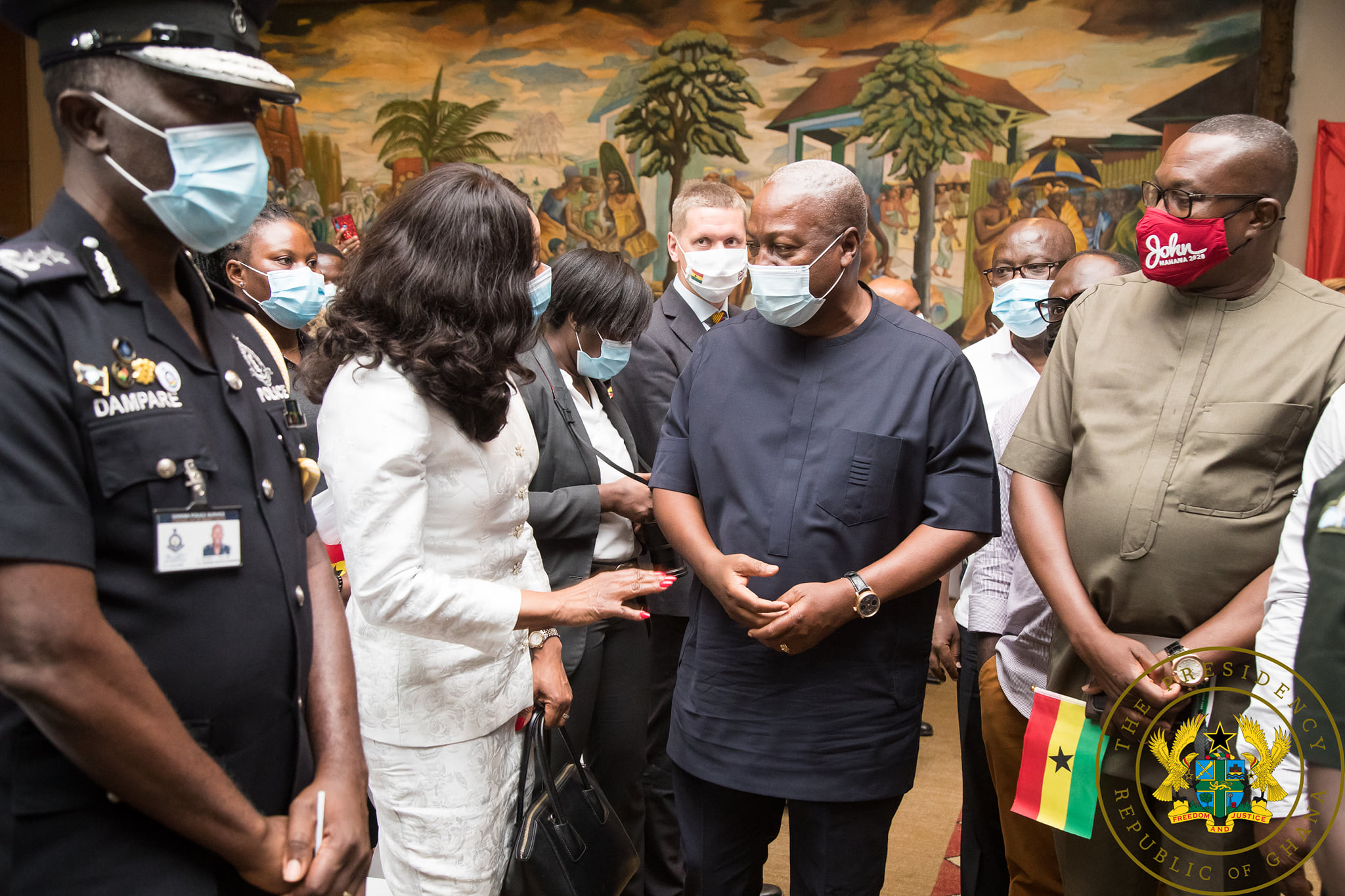 The Presidential candidate of the National Democratic Congress (NDC), John Dramani Mahama, has said that he and the will work together to ensure a violence-free election on Monday, December 7, 2020.

“I pledge to ensure peace and preserve the stability of our dear nation Ghana. Elections are about counting heads and not cutting heads. And so we’ll work together towards peaceful elections. I urge the security agencies, voters and all stakeholders to ensure law and order”, he noted.

He added “We expect to see all our security personnel behave professionally, all those deployed for the elections will be in uniform with name tags and service numbers. Let us strive to prevent violence of the past, particularly, as witnessed in the Ayawaso by-elections which till date has gone unsanctioned”.

Addressing journalists moments after signing a peace pact, committing himself to ensuring a peaceful election, a ceremony held in Accra on Friday, December 4, 2020, Mr. Mahama wondered whether the governing New Patriotic Party (NPP) under the leadership of President Akufo-Addo, will do same, stressing that events of the Ayawaso West Wuogon by-election are still fresh in their minds.

He noted that the violence that characterized the Ayawaso West Wuogon by-election is a dress rehearsal orchestrated by the governing NPP towards the 2020 general polls, urging the country’s democratic institutions to rise up and uphold and defend the 1992 Constitution just like the United States of America did in their just ended general elections.

“Ladies and gentlemen, our country stands at the critical juncture of hate history. Never has the lives of many dependent on the power of a thumb. Now more than ever, we need the institutions of our democracy to work impartially to deliver an outcome that is fair, transparent and in the national interest. The Electoral Commission, the Judiciary, the security services, and the media hold the future of our nation in their hands.

“The United States of America has set an example for us where institutions of democracy have upheld the constitution despite severe verbal and legal assaults by those in incumbent. Will our institutions perform the same in the face of a similar situation? Recent events under the current administration have given me anxious moments of doubt about this administration’s ability to deliver a peace, violence-free election.

“The events of Ayawaso West Wuogon are still fresh in our minds. This administration’s refusal to sanction persons involved in assaulting an honourable Member of Parliament and injuring scores of people remain one of the darkest days in our democratic history. Reckless remarks by leading members of the New Patriotic Party (NPP) and the unfortunate event of the Ayawaso West Wuogon was just a dress rehearsal for the actual election which do not inspire confidence for the delivery of a peaceful election”, he noted.