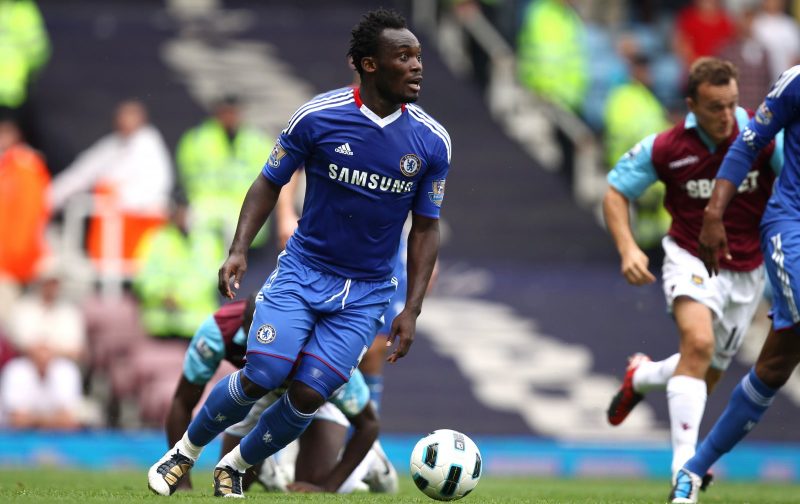 Former Ghana International, Michael Essien, has been voted the Best Ghanaian player to ever play in the English Premier League.

The former Chelsea midfielder was in the competition with Tony Yeboah, Asamoah Gyan, Jordan Ayew and Sulley Muntari.

The Premier League has registered Ghanaian internationals like Tony Yeboah, Nii Lamptey, the Ayew brothers and others.

In all 25 players from Ghana have played in the English Premier League.

Tony Yeboah became the first-ever Ghanaian to register a goal in the competition with his remarkable goal for Leeds United in February 1995.

Among his breathtaking goals, Tony Yeboah, scored a total of 24 goals, the highest by a Ghanaian international but it was recently equaled by Jordan Ayew who plies his root for Crystal Palace.

The poll was organized by Premierleague.com, the official website of the English Premier League to settle the debate on who is the greatest Ghanaian player to grace the competition.

Football fans across the world most especially Ghana crowned Michael Essien the best with a percentage of over 73%.

Tony Yeboah placed second with 13%, Jordan Ayew who is on the verge of becoming the best Ghanaian strike in the league had 9% in the third place.

Asamoah Gyan and Sulley Muntari, took the forth and the fifth place respectively with a percentage of 4% and 2%.