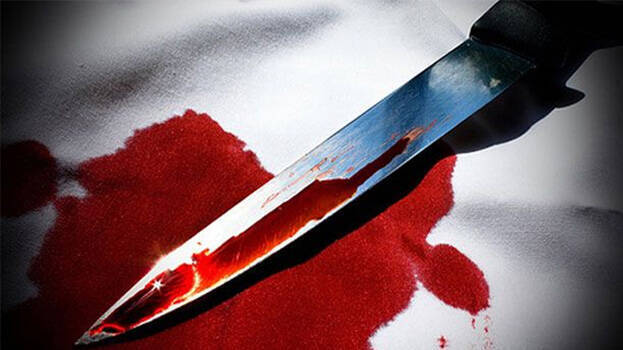 A 25-year old man identified as Bright Ampofo, has been stabbed to death by another man named Avi Ernest, in a fight over a woman.

This took place in Akyem Akwadum, a farming community near Kyebi in the Eastern Region on Tuesday, June 16, 2020.

Persons familiar with the situation say the deceased had expressed worry why the one Avi Ernest, aka Mawutor, the ex-boyfriend of his 24-year old girlfriend, Nancy Adobea, was in his house.

Ampofo who could still not come to terms with situation confronted Avi and in the process, a fight ensued between them with Mawutor allegedly stabbing the 25-year old man to death.

Father of the deceased, Nana Boadu Atta, reported the matter to the police immediately after being informed of the incident.

The Police, this web portal understands, quickly mobilized to the scene and conveyed the remains of Ampofo which was in a pool of blood, to the Kyebi Government Hospital.

He was pronounced dead on arrival with his body deposited in the morgue.

The suspect is said to be on the run.

Kyebi Government Hospital, Man stabbed to death over a woman