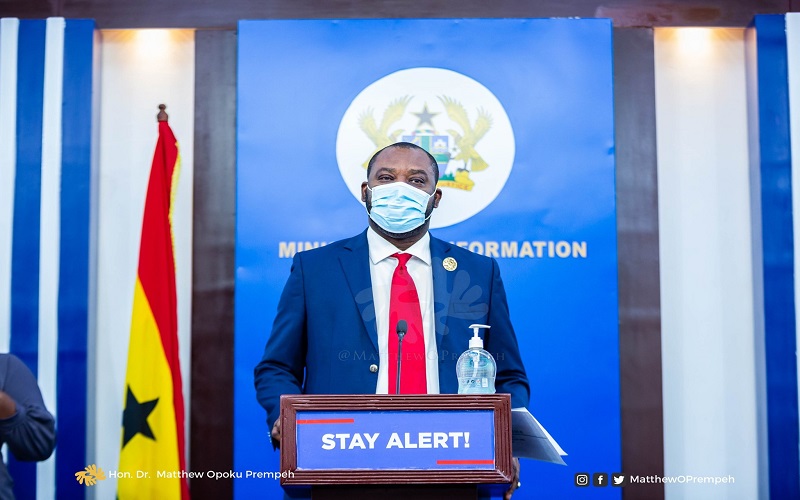 The Minister of Education, Dr. Matthew Opoku Prempeh, has taken his time to explain government’s decision to allow SHS final year and Form 2 Gold Track students to remain in school in spite of a number of reported positive covid-19 cases in some schools.

In an interview on Adom TV’s ‘Badwam’ programme on Monday morning, the Minister expressed his disagreement with those calling for senior high schools to be closed down and the students sent home on the back of the reported cases.

Dr. Prempeh noted that of the 721 senior high schools in the country, with a population of about 400,000 in school and 13 reported cases across 5 schools, the calls were not tenable.

He further noted that there had been no reported cases even in some communities where some of our schools are cited.

One cannot therefore call for all the schools in the country to be shut down, he argued.

“Those of us in leadership must listen to public concerns, and be guided by the evidence in making recommendations to the President. Even if my child were in school at present, I would not, with their respective evidence as it stands, recommend to the President that schools should be shut down”, he argued.

Dr. Prempeh insisted that whether to close the schools or keep them open, we have to look at community trends as well as risks and rewards involved.