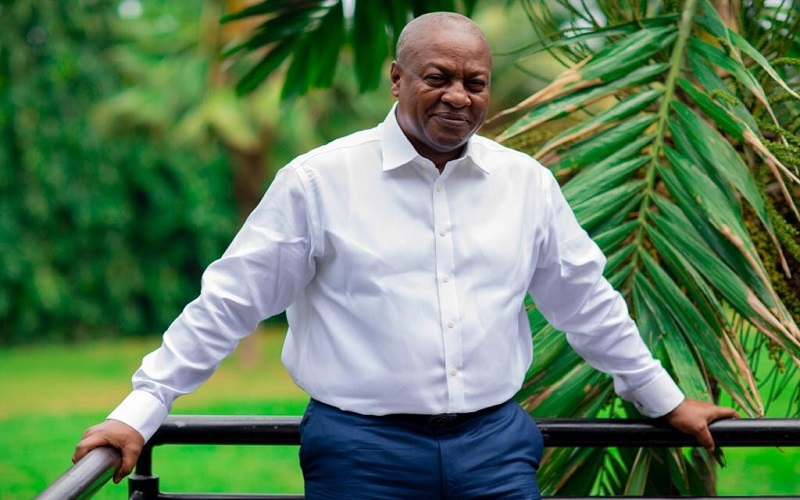 Five days to Ghana’s general election in 2016, former President John Mahama was in the news for cutting sod for the commencement of the Ho airport.

His stance then was that government is a continuous process and nothing must stall an operation of an elected government.

As Ghana’s President in 2016, Mr. John Mahama, knew very well that the majority of the electorates were fed up with his leadership and eager to vote in then candidate Nana Addo Danquah Akufo-Addo, but he decided to go around cutting sod for projects that have cost the tax payer several millions of cedis.

With the above history in mind and others which will be revisited as this piece flows, the flagbearer of the National Democratic Congress is in the news again, this time round accusing his successor of commissioning projects with few months left to the 2020 elections.

How are we to follow and accept his criticism in good faith? As a former President, he set a precedent by cutting sod even after he had lost an election and nobody raised an issue against him.

On December 2, 2020, former President John Dramani Mahama, cut sod for the phase two of the Ho airport. With 5 days left to a general election, the former President saw no need to put it on hold but ensure he graced the event. The project cost $25 million and was funded by the Ghana Airport Company Limited.

Intriguingly, with just 2 days left to the 2016 election, former President John Dramani Mahama went ahead to cut sod for 2nd phase of the Kumasi airport. If he saw nothing wrong with this decision, it would only be fair for him to allow President Akufo-Addo to continue with the good work he is doing for Ghanaians.

On 29th December, 2016, former President Mahama after losing the election by over a million votes saw nothing wrong with signing documents with intent of giving Ghana’s bauxite to his younger brother, Ibrahim Mahama.

It took a visionary leader in the person of President Akufo-Addo to reverse the decision and ensure that Ghana’s bauxite reserve benefits the entire populace.

The africareport.com reported on Thursday, 28 November 2019 that “With the first tranche of the $649 million financing now available, Ghana is moving very fast to build the infrastructure projects promised as part of the controversial bauxite deal that it recently finalized with the state-owned Chinese construction conglomerate Sinohydro.

The agreement stipulated that Ghana would sell only 5% of its bauxite reserves in exchange for $2 billion in infrastructure development.”

This is the hallmark of the visionary President we currently have compared with his predecessor who attempted to give the entire nation’s bauxite reserves to his baby brother in an ultimate act of nepotism.

Even when Ghanaians had voted the flagbearer of the NDC and his party out in 2016, he went ahead to cut sod for the construction of five hospitals in 2017.

He wasn’t the rightful President but out of respect for our transitional process, he was allowed to be in office for some few days and he ended up cutting sod for new projects without consulting the duly elected President, Nana Addo Danquah Akufo-Addo.

The flagbearer of the NDC has reiterated on several political platforms the need, to give every President in Ghana the space and time to operate an administration and government beyond four years.

Today, he tells a different story. The contrast of his accusation is that he had eight uninterrupted years operating as Vice President and subsequently, President. He must therefore, in his own words, give President Akufo-Addo the space and time to continue his good work for the benefit of the people of Ghana. The viral #4More4Nana is on point and we need to consolidate the gains of this current NPP administration.