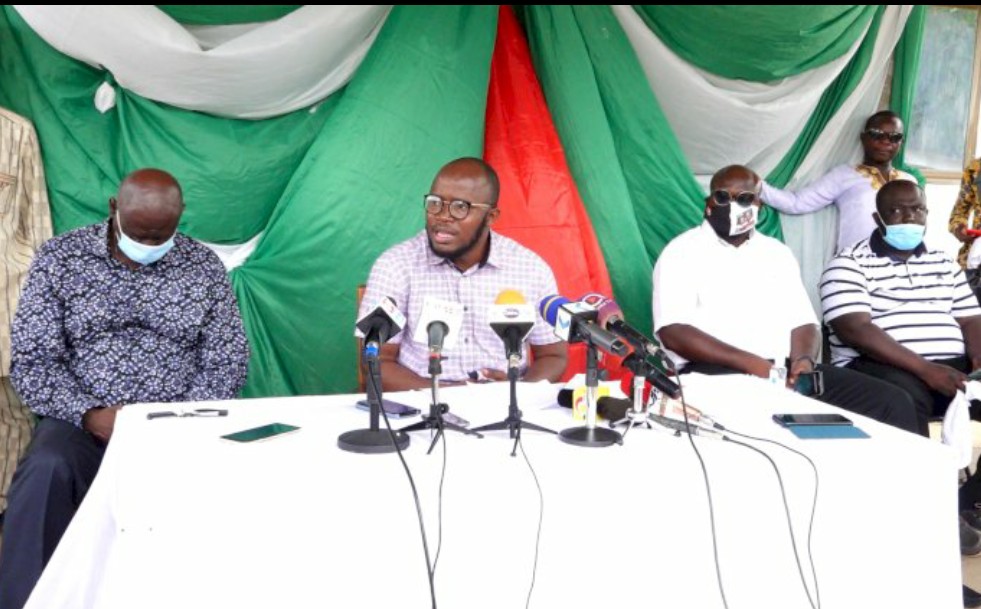 The National Democratic Congress (NDC) has come out strongly to defend the achievements of the Mills-Mahama administration as far as the construction of road projects in the Ashanti Region, especially, those in the Greater Kumasi Metropolitan Area are concerned.

According to the umbrella family, President John Evans Atta-Mills of blessed memory and John Dramani Mahama, never disappointed the people of Ashanti Region in the sharing of the national cake, stressing that a lot of road projects were initiated by the duo during their time in office to improve on the standard living of the people.

To the group, about 400km of road network were constructed by the Mills-Mahama administration for the people of Greater Kumasi Metropolitan Area.

This pronouncement is contrary to claims by the Minister of Roads and Highways that the NDC under Mills-Mahama administration did not construct a single road for the people of the Ashanti Region when they got the opportunity to govern the country from January 7, 2009 to January 7, 2017.

He also told the gathering that the Mills-Mahama administration abandoned the Sofoline interchange project which was initiated by the former President, John Agyekum Kufuor during his time in office as President of the Republic.

Mr. Amoako Atta addressing the media on Tuesday, May 5, 2020, moments after ending his two-day working tour to inspect some ongoing road projects in the Ashanti Region hit-hard at the NDC for neglecting the Ashanti Region in their scheme of things as far as the construction of roads are concerned.

Further to that, he accused the NDC of neglecting the Sofoline interchange, a project which was initiated by former President John Agyekum Kufuor when he was in office to ease traffic on that stretch of road through to Asuyeboah and Tanoso.

In addition to that, Mr. Amoako Atta said the President, Nana Addo Dankwa Akufo-Addo, having placed the Ashanti Region high on his agenda is constructing 460km road network in various parts of the region

However, such claims, according to the NDC “are all lies”.

At a news conference in Kumasi on Wednesday, May 6, 2020, to set the records straight on road projects initiated for the people of Ashanti Region during the Mills-Mahama administration, the NDC said the two former Ghanaian leaders did a lot for region.

“The Mills-Mahama administration did not disappoint Asanteman. They constructed about 400km of road network in the Greater Kumasi Metropolitan Area alone. So we are finding it very difficult to believe what the Minister told the media during his visit. We will never allow the Minister and his cohorts to mislead Ghanaians. We will continue to expose them with facts”, noted the Regional Communications Officer of the NDC, Abass Mohammed Nurudeen, who addressed the media on behalf of the party.

Commenting on the Sofoline interchange project, Abass Nurudeen said that project was never abandoned by the NDC when it won power in 2008.

“The Sofoline interchanged never commenced in 2001 as claimed by the Roads Minister. President Kufuor cut the sod for the commencement of that project on Saturday, April 21, 2007. Moments after the ceremony, the project was abandoned but was again attended to in June 2008, just some few months to the general elections. So, when Kufuor left office, the Sofoline interchange was only 10% complete with no funds to continue to the project. It was part of the ‘Gang of Four’ road projects in the country at the time. The Mills-Mahama administration continued and completed this project”, he noted.

He said their painstaking investigations have also revealed that most of the asphalted road network the Road Minister claims are being executed in the Greater Kumasi Metropolitan Area were all initiated by Mr. John Mahama when he was in office.

Those road projects, he noted, were halted for ‘value for money audit’ by President Akufo-Addo when he took over the administration of the country.

“When Akufo-Addo came to office, he halted all those projects for investigations to be conducted into those projects before re-awarding them to contractors. For example, Phase 1 of Asphaltic overlay of ulterior and collector roads in Kumasi Metropolis that was awarded to Ataakyi Construction company which amounted to GHS35, 423, 920. Akufo-Addo halted this project. Phase II of Asphaltic overlay: Mahama awarded this contract to Core Constructions Company Limited. The cost of the project was GHS39, 963, 914. This was also halted as well as that of Phase III of the Asphaltic Overlay roads which were awarded to Syndicated Capital Engineering Company Limited. The cost of the project was GHS44, 690,000. After three years, he now turns around to re-commission those projects as if they are the ones that initiated them”, he explained.