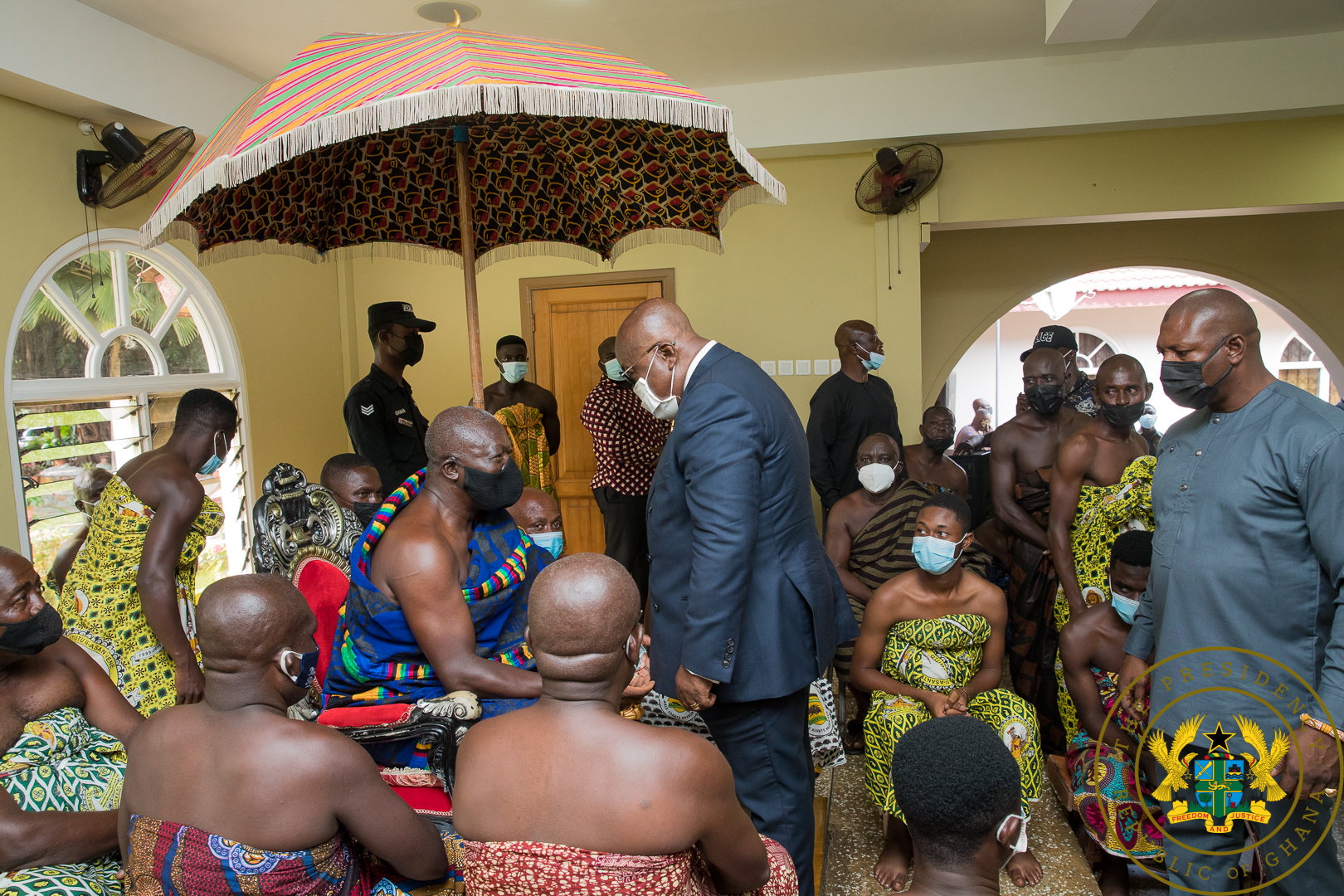 The President of the Republic, Nana Addo Dankwa Akufo-Addo, has expressed gratitude to the Asantehene, Otumfuo Osei Tutu II, and Asanteman for supporting the New Patriotic Party and his candidature in the 2020 presidential and parliamentary elections.

President Akufo-Addo made this known on Friday, 1st October 2021, when he paid a courtesy call on the Asantehene at his Palace at Manhyia, at the commencement of his 4-day working visit to the Ashanti Region.

He continued, “I am here to show you and the entire kingdom my gratitude for that solid support that has seen us in power.”

President Akufo-Addo, in explaining the rationale for his visit to the Region, indicated that he is in the Region to familiarize himself with the numerous developmental projects going in the Region, and listen for himself the concerns of residents, traditional authority and opinion leaders.

The President also used the opportunity to assure the people of the Ashanti Region that he will not take their support for him and the NPP for granted, stressing that it is for this reason that several developmental projects have been done, with many still ongoing in the Region.

“There are many ongoing projects. We can all attest to the fact that Kumasi and Asanteman have not witnessed such massive road infrastructural projects in our political history. Other projects like the 1D1F, the ongoing Kumasi Airport construction which is 77% complete and by June next year, it will be completed after which its international status will be achieved’’ he said.

President Akufo-Addo also assured Otumfuo Osei Tutu II that, even though there were delays with respect to the Boankra Inland Port project, plans are far advanced for the project to take off.

On his part, the Asantehene praised the President for his commitment to the development of the region and the country.

He also praised the President for his tour of the country, adding that, “if you stay in your office, your appointees will tell you what you want to hear. This tour will help you verify what you hear and know the truth.”

“I know you and you do not disappoint. I trust you and I know you will honour Asanteman,” the Asantehene said.