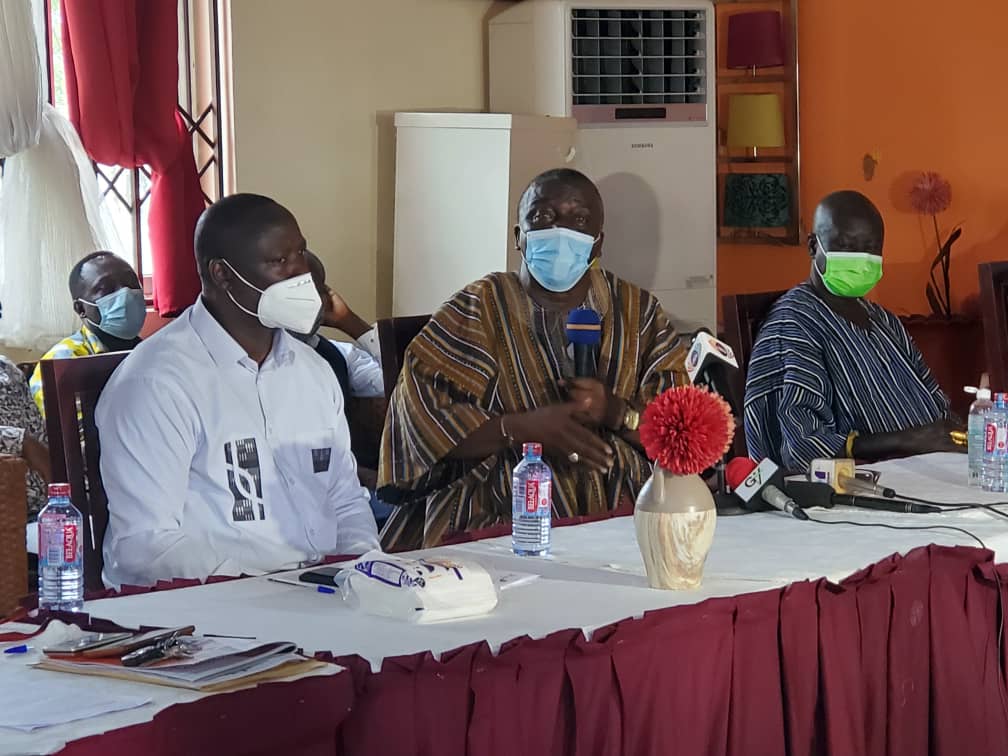 The National Democratic Congress (NDC) Member of Parliament (MP) for Ellembelle, Emmanuel Armah Kofi-Buah, has told government to put in place good measures to attract people to donate to charity.

For instance, he said government could grant tax waivers for individuals and corporate organisations and institutions that annually donate to orphanage homes and other bodies involved in charity work.

Further to that, a measure that allows for easy accountability of any orphanage home or charity body will have the tendency to attract people who are desirous of giving back to society.

He said in some advanced countries, job seekers in filling out their forms are asked which orphanage home would he or she donate to annually and at what amount?

This system, he added, makes the government know at any given time how much individuals are contributing to charity and how much each of those organisations are receiving from the public to run their activities.

Such a system, Mr. Kofi-Buah added, is as a result of properly laid down structures that gives individuals and organisations, confidence to give back to society.

The novelty, he noted, could be replicated in Ghana, believing that it will help bring hope to a lot of vulnerable people in the society.

The Ellembelle lawmaker made these observations on Friday, July 16, 2021, when addressing a gathering at the celebration of the first anniversary of the Food Bank of Ellembelle, an initiative he has put in place to store food to feed the vulnerable in the Ellembelle Municipality.

“This is truly a repository of hope for the people in this community. The idea is that we are going to look out for one another, that even people who have very little can be part of something bigger. For this reason, I believe that we should create those structures not only in Ellembelle but across the country to encourage the spirit of charity to allow us to support one another, and that is what we have started.”

The Ellembelle Food Bank was instituted in 2020 by the MP in fulfilment of a promise for a non-partisan managed project that receives food items from institutions and benevolent individuals for redistribution.

The MP through the project has supported victims of disasters, widows, children under 5-years, orphans as well as youth in apprenticeship, especially during the COVID-19 first wave.

The initiative, has so far, touched on the lives of 6,000 people, a figure the MP as well as managers of the Food Bank, are seeking to double by end of December 31, 2021.

Mr. Kofi-Buah commenting further said “When we started a year ago, we didn’t have all the chiefs and community leaders here but in the midst of rainfall today, every community is represented. What it says is that they have seen that what we started is a good thing. The reason is that we started with a non-partisan Food Bank management Committee that worked towards doing something based on helping the communities. We made sure that in every community, the chiefs, assembly members and the key stakeholders will meet and identify people in real need, and it is on that basis that the Food Bank will go to the community to give food and so it has had a real impact on the people who really needed it.”

He added “I’m happy all are supporting irrespective of political or religious differences since this is a bread and butter issue. We were able to feed over 6,000 people last year and our target is to double it to 12,000 this year. I believe the support we have seen today and those we have seen in the past gives me hope that we can really achieve it. I pray that a government will come and replicate this across the country because when the COVID hit, Food Banks were the key drivers of support in developed countries, but that was not the case in Ghana. That is why government must really facilitate a structure where if you donate to a charity or a Food Bank, it could be written off with tax”.

The Paramount Chief of Essikado, Awulae Prof. Kobina Nketia V, who chaired the event, urged Ghanaians to always remember the vulnerable in the society by extending a helping hand to them.

“Helping your neighbour in need is the best and right thing to do in life. Therefore, when you eat, think about those who have not eaten and reach out to them as well”, he noted.

He also called on the people to help sustain the peace the country in enjoying, further urging all to live in harmony, noting that without peace and oneness, there cannot be development.

The Board Chairman of the Food Bank of Ellembelle, Nana Yamke Fofro, commenting on the initiative, outline some challenges they have gone through in running the social welfare programme.

For instance, he said politicisation of the Food Bank is affecting the smooth operations of the initiative and called for its immediate end.

He also noted that lack of food supplies and financial resources are also a major, pleading with individuals and organisations to come to their aide.

He said the programme has acquired a 10-acre land which they have cultivated to produce food to feed the vulnerable in the society.

The Member of Parliament for Evalue-Ajomoro-Gwira, Kofi Arko Nokoe, on his part, lauded Mr. Kofi-Buah for initiating the Food Bank to respond to the critical needs of the vulnerable in the society.

“Had it not been the Food Bank, where do you think the beneficiaries would have been? Because of this Food Bank, lots of lives have been saved. If we all come together, we can do more for the people of Nzema”, he underscored.

He made personal donation of GH¢2,000 to assist in running the social welfare programme.

The MP for Jomoro, Dorcas Afo Toffey who also graced the occasion, commended the Ellembelle lawmaker for his commitment to his constituents and being an inspirational to young MPs.

Both Nokoe and Toffey promised to replicate the Food Bank model in their constituencies within the appropriate time to also support the needy.