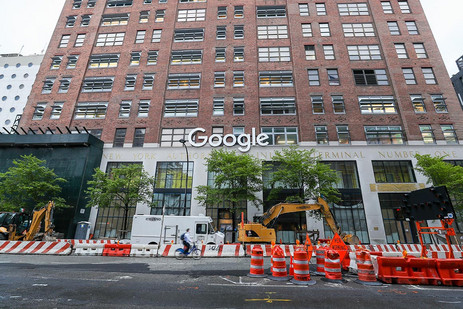 The Justice Department and a coalition of state attorneys general are taking steps toward bringing antitrust suits against Google as soon as this summer, three people familiar with the cases said Friday, describing the litigation as likely.

The suits would make the search and advertising giant the first huge tech company to face concrete action from more than a year of probes, which have also swept up Facebook, Amazon and Apple as possible targets.

The people cautioned that neither the department nor the state AGs have made any decisions about filing such a case, which would be the first major U.S. antitrust action against a dominant technology company since the Clinton administration’s pursuit of Microsoft in the 1990s. But the DOJ’s antitrust inquiries into Google, Facebook and other Silicon Valley powers has become a priority for Attorney General William Barr, who has asserted greater control of the probes and has said he wants to make a decision on Google by the summer.

The investigation by states and U.S. territories, which involves more than 50 attorneys general, is slightly behind the Justice Department’s probe, but the group is on track to decide on a suit by this fall, the people said.

Both sets of investigations have been slowed but not halted by the coronavirus pandemic, which has created hurdles for typical pre-litigation steps such as bringing witnesses in for formal questioning. The department and the states would also need to decide whether to offer a settlement to Google and what remedies they would seek — such as whether to seek to split apart portions of the company’s digital advertising empire or its control of the Android mobile operating system.

The people knowledgeable about the probes spoke on condition of anonymity because they are not authorized to discuss the case publicly. The Wall Street Journal was the first to report Friday that the lawsuits are likely.

The Federal Trade Commission is pursuing its own separate probe of potential antitrust abuses in the tech industry, including past mergers by Google, Facebook, Amazon, Apple and Microsoft. And the House Judiciary Committee’s antitrust panel still aims to release initial findings from its own probe of the tech industry, though it had to delay plans to release initial findings in March.

Both the Justice Department and the state AGs are focused on Google’s dominance in the advertising technology market, though they are also looking into the tech giant’s power over search rankings and Android. Texas Attorney General Ken Paxton is taking the lead on the ad tech market, while Iowa’s attorney general is looking into some of the other aspects.

In public comments Thursday, Paxton accused Google of delaying the investigation by filing “ludicrous filings just to slow us down.” A dispute over experts hired by the states led to a several-month delay in Google’s production of documents, and even now the company is still moving slowly in turning over evidence.

Google said it is cooperating with the probes.

“We continue to engage with the ongoing investigations led by the Department of Justice and Attorney General Paxton, and we don’t have any updates or comments on speculation,” said Google spokesperson Julie Tarallo McAlister. “Our focus is firmly on providing services that help consumers, support thousands of businesses, and enable increased choice and competition.”

Trouble for some of the tech giants has deepened in recent months, despite the crucial role their online services are playing in helping society function amid virus-inspired lockdowns. They include Amazon, which issued a non-committal response Friday to House Judiciary’s demands that CEO Jeff Bezos testify about whether the company misled Congress about efforts to undermine its third-party sellers.

Facebook, meanwhile, announced Friday that it is buying another popular online company — Giphy, a provider of animated images called GIFs — in the kind of corporate acquisition that some congressional Democrats have pushed to halt during the pandemic. Sen. Amy Klobuchar (D-Minn.) said in a statement late Friday that the DOJ and FTC “must investigate this proposed deal.”

“Many companies, including some of Facebook’s rivals, rely on Giphy’s library of sharable content and other services, so I am very concerned about this proposed acquisition,” she added.